Germany became the unbeaten team of group “C”. On Monday night, in the ‘C’ group match Germany win by 6-0. After winning the game the defending champions almost convinced the Russia ticket.

After the success of Mesut Ozil, Ulean Duxler helped the team to kick goal. Their combined performance gave a new art of the team. Timo Werner scored double goal before the break. He had played fabulous. Lyon Gonnetska and Mario Gomez scored the second half to ensure a big win. All the footballer played like hero as they perform against Brazil by defeating 7-1 score. 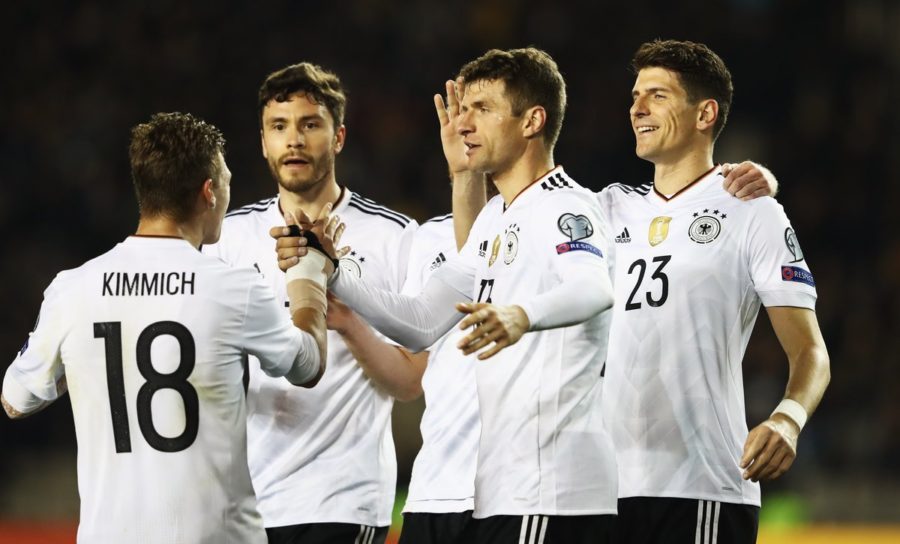 Germany holding the record of 100 percent victory in the World Cup qualifier round by overwhelmed Norway. They continuously win eight matches and their gathering point become 24. They are top of group point table.

Mats Hummels brilliant header gave Germany a 2-1 win over the Czech Republic on Friday in Prague. With that victory they reached more closer in the final tournament.

At the beginning of the match, the pass from Mesut Ozil to Leipzig striker Timo Werner brought back to Germany and Vladimir Darida returned to the equality of the game. In the 88th minute, the free-kick of Tony Cruz’s headed by Hummels’ which made a fantastic goal and the German subsist their journey of win. This time they seemed very aggressive.

This was also an amazing match. The defending champion had not face any defeat from the last eight match. They are hopeful to jump into the tournament. They wished to reach the final event first from the group.

Northern Ireland confirmed the play-off game by losing 2-0 goals with the Czech Republic. They are 5 points behind of Germany. There are also two rounds remain to play.

The champions of European nine-group will get ticket directly to play in the World CUp. And the eight runners-up have to play play-off round. Among of them four teams  will get tickets for the final championship.

Poland led group E by beating Kazakhstan by 3-0 goals. At the moment their achieving point is 19.

Montenegro is the second place to lose Romania with 16 point. Denmark holding the same point after losing 4-1 goals in Armenia.

England went on to beat Slovakia 2-1 in Group F in the main event of the World Cup. England have 5 points ahead of Slovakia remaining two games left.

This season World Cup make a new history of entertainment. All the team seemed very confident. Their main focus on WC championship.