FIFA has officially approved a 99-member official for referee and assistant for the World Cup in Russia. They will represent 46 countries in total. But there was no British referee in this list!

There will be 36 referee selected to monitor the matches in Russia WC competition. And the Assistant Referee’s amount of 63 whom will be played a very big role in the championship.

But it become a surprising matter that no one of them come from England, Wales, Scotland or Northern Ireland. It’s really strange that no referees can be seen of British side in the World Cup Russia. This instance was last seen in the year 1938 France World Cup. That’s means this being not for first time in the championship the British referee can not be seen in the WC championship. 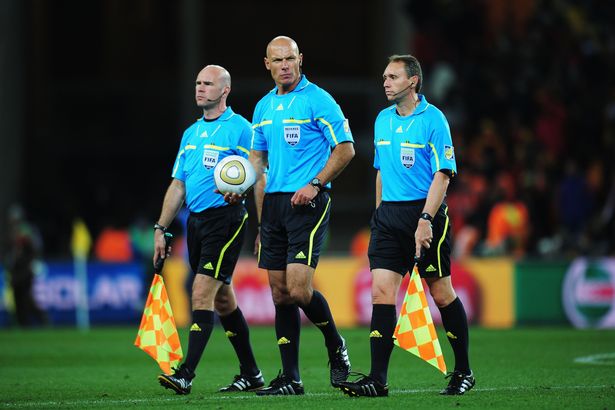 However, two years ago, the name of Mark Clattenburg was on the draft list of Russia’s World Cup referees. But the Englishman left the Premier League last year and took charge of the referees’ headquarters in the (SFF) Saudi Football Federation. Russia withdrew from the FIFA draft referee list for the WC tournament, retiring from the last quarter, Clattenburg England Football Association (FA) has requested FIFA to take another referee as an alternative.

After a 80 years later the same event comes again. Now it’s miracle or planning it’s still cover. This is England’s pioneer in the game of football. But their referees will not be there in the WC championship. This decision was made at a time when there was a great tension between Britain and Russia in the attempt to murder the spy.

To which the British Foreign Minister Boris Johnson said, the government has decided not to send any British elite or family member to the tournament to be held in Russia from 14th July to 15th July so far.