At last, Thierry Henry is selected as a new assistant coach of Arsenal Under 18s from next season. Retired French national team football player Thierry Henry is considered the highest goal scorer in France. His active years in national side was 1997 to 2010. He also played for many renowned club like Barcelona, Arsenal and so on. But he played for team Arsenal longest times which was around eight (8) years from 1999 to 2007. He is the Arsenal’s all time top goalscorer with 174 goals by playing 254 apps. 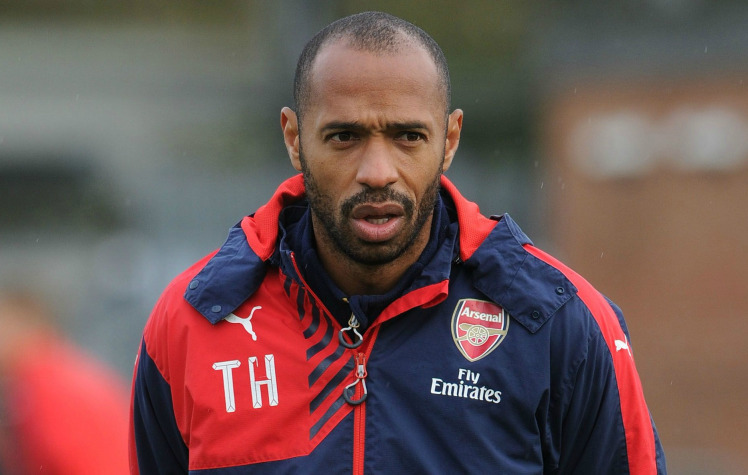 This French legend has come back again with a new look and the news is, he will go to be the assistant manager of Arsenal Under 18s from this season. This all time highest scorer of the Gunners has worked with the academy but will be given finally an official role to play.

The Gunners star has gained the UEFA A coaching licence under the guidelines of Welsh FA in last March, 2016.

The Gunners are very happy to get back this icon player at the club with official capacity of 2016/17 season. This legendary footballer will work under Kwame Ampadu from next season as stated by Goal.

Thierry Henry will be welcomed by the fans of the Gunners, who is regarded as a real club legend. He has also a bronze statue just outside the home ground of Arsenal named Emirates Stadium in 10th December, 2011 as a part the celebration of 125th anniversary, which is the symbol of his remarkable performance during eight years of the club Gunners.

It was actually confirmed that he will be a great coach. So, here is a chance coming for him to himself again in coaching site. Though Thierry Henry has the ability to become a manager right now but Premier League has expected him to be no #2 in Kwame Ampadu from next season. The fans of this former football star is waiting to see his success in club Arsenal Under 18s.