Brazil’s current coach Tite was seen satisfied with his team’s performance after the match against Colombia at the World Cup 2018 qualifying round which was held at Tuesday. He was not seemed unhappy despite they have lost their streak of the 9 match winning run after drawing the game against Colombia. The game eventually ended in a 1-1 draw.

Brazil winger and current Chelsea forward Willian opened the account of goals for Brazil with an awesome volley. But a furious header at the second half of the match by Colombian forward Radamel Falcao had seen neutralizing the goal scored by Willian. Whatever, no goals more goals were scored in the game further and both team had to stay content with a 1-1 draw.

After the game Tite has said that he was more pleased by seeing the consistency of the players in that game against Colombia than the previous match against Ecuador. 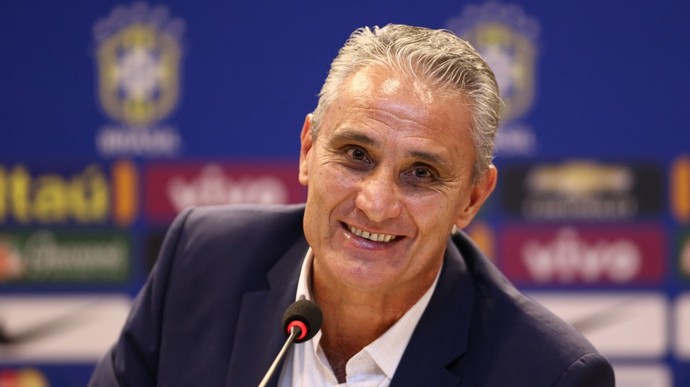 He further said that, in the game against Colombia they had maintained a standard of performance which had gave them a run of consistency. He said that it was a fair result to end the game as a draw. But, if it had to see a result then the winner would be Brazil Tite believes. Because, they had created many more chances than Colombia and if they could convert some of those chances to goals then they could have been the winner of the game.

Liverpool forward Philippe Coutinho was not available from the start of the clash and only managed to play for the last 15 minutes  as he has been suffering from a back injury and he is still not completely fit.

The 25 year midfielder who is usually a winger had to play in a slight deep zone in the game after he made his way to the field. He was slotted at the place of Renato Augusto who plays at the central midfielder position. Whatever, it seemed like Brazilian manager Tite was very satisfied and happy to play his players in unusual positions.

He said after the game that, he could have kept Renato playing and instead could take Paulinho off from the field but he said he wanted to maintain the support of the right side as Dani Alves had already got a booking by then.

He further said that, he have these options and he considers them as his weapons like they are some cannons and he can not stop firing them.

History says, Colombia have never managed to beat Brazil in a world cup qualifying match. Whatever, Brazil have  already qualified for the 2018 world cup which is going to be held at Russia. With this draw against Colombia, Brazil is still at the top of the points table of Latin American’s group and Colombia is at the second position with two more matches remaining at the qualifying round.

Brazil’s only goal scorer  Willian has said to the reporters that, they deserve congratulations as they have made a good result of the game and the performance was also not that bad.He also said that, they had created many chances but playing there was difficult and the ball was bouncing a lot as the field was dry. He also praised himself as he said that his goal was nice and he caught the ball just nice.