Watford midfielder Tom Cleverley faced the media in a pre match press conference before the crucial league game against Tottenham Hotspur. The 27 years old was asked whether he thinks or not that they are safe to think that the Hornets will retain their place in the Premier League next season and the English man replied in the negative. He expressed his concerns about their recent performances and admitted the fact straightway that they will have to be at their best for the remaining league matches to stay in the top tier league of the English football.

The Hornets will face the Lilywhites in a lunch time clash on the Saturday at the White Hart Lane, which will be the opening match of the day. Walter Mazzarri’s team is 9 points clear of the relegation zone with 37 points from the first 30 games and currently sitting at the 10th position with 8 more matches remaining. 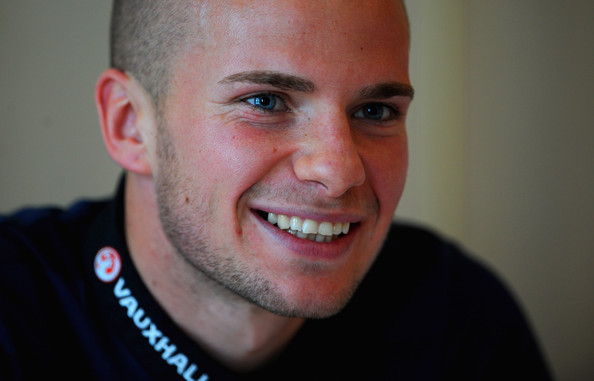 The Vicarage Road based club is quite in good form as they have won two consecutive games at home against Black Cats and Baggies respectively. The former Manchester United man said that there are still a lot of work to do for them and added that he would say yes if he was asked three weeks ago that 37 points were enough to avoid relegation but he doesn’t think the same at this moment.

The player who just joined from Everton, also said that one or two more good games can take them there and he wants to think match by match. He also hopes that in the middle of the May, they will look for the top of the table but also urges that at first they need to be safe and they haven’t reached there yet.

The former Red Devil joined the Hornets on a loan deal in January and agreed a 5 years deal in the March and still looking for his first goal for the new club. The 27 years old also talked about his position that he is currently playing at his favourite position, which he couldn’t get to play in the Goodison Park. A couple of injuries also made his life tough with the Toffees and after moving to the Vicarage Road, he is completely enjoying his life and expressed his happiness. He also appreciated his manager Walter Mazzarri and his team mates and is confident about the success as he labels his mates and coaches as very helpful ones.