Top ten under-23 footballer from different nation, looking forward to jump into Russia World Cup. They are hopeful for their potential appearances in the most fascinating World championship. At present they are existing in the leading football club in different side.

Among of them Gabriel Jesus become the first name who belongs to Manchester City and this season going to make debut in the WC Russia as their team Brazil secured their position in the final tournament.

The second name comes after Jesus that is Frence man Kylian Mbappe. If his team has qualified in the tournament he will be considered in the biggest competition. Ousmane Dembele who presently linking with La Liga giant FC Barcelona also potential newcomer of France national team. 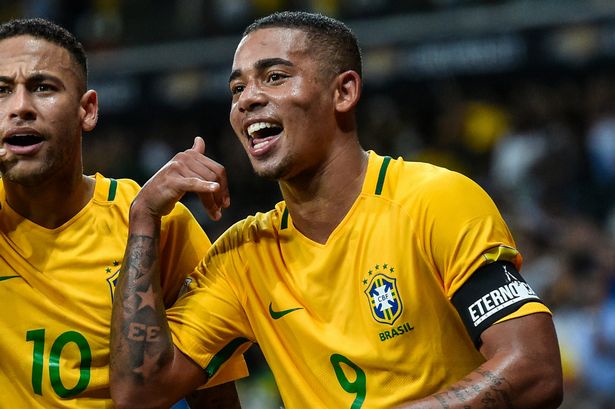 Paolo Dybala is one of the more attaraction of this season. The 23 years old so decent and dashing player of the time being who become heart of Juventus. The Argentina international desparate to make WC debut this season. At present his team existing in the fifth place but they are hopeful to get entry ticket soon.

According to reports Real Madrid defender Marco Asensio also expecting to make appearance in the WC 2018. The 21 years old scored four goals in this season and wanted to blast in the upcoming tournament.

On the other hand Marcus Rashford has completed a great season in Man United club along with 6 goals and 4 assists. The 19 years old ready to boost England team if they confirm for the final competition.

The list disclosed one more name Joshua Kimmich, who also waiting to make debut in the Russian championship. By the state of the reports Kimmich keeps a good performance for national side and his team FC Bayern Munich

Vladimir Stojkovic one more younger footballer who looking chance in the WC tournament. The growing goalkeeper very excited about the championship. He just wanted to emergence in the final tournament in any how. And it is full possibility of his appearance in this season.

There also some other name in the list as well as 22 years old Jose Maria Gimenez who plays for Atlético and Timo Werner who becomes 21 years old. The first one is Spanish who plays for spain and the other influencing  three time champion Germany.

This top ten footballer so desperate to perform in Russia. The Football Federation is also exciting to give chance these emerging player in the World’s biggest football competition.