The most favorite Manchester derby between Manchester United vs Manchester City has been called off due to torrential rain overnight in Beijing.

The pre season friendly schedule has been confirmed at BST 12.30 at the Bird’s Nest Stadium but the heavy rainfall overnight dismissed the field condition to play. And the pitch is too dabble to perform.

The unceasing rain fall over night had bleached away the element of racetrack and the field has no more worthy of play at the moment. The respective staff of the ground tried their best to prepare the pitch playable. 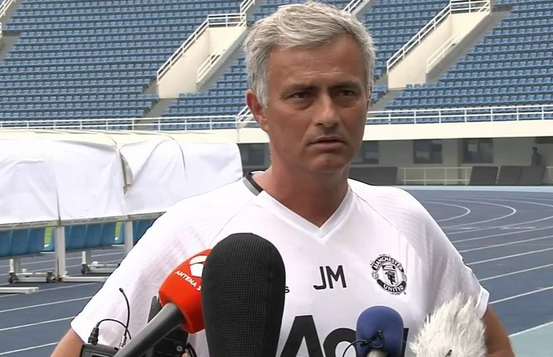 After all of attempt a combine decision has been made at 7.30 am, the game has been cancelled. After that the both side posted the news on their club twitter account that due to recent weather conditions, tournament organizers and consisting clubs have decided to postpone the International Champions Cup.

Actually the decision has been taken at the favor of the players in both side. After analyzing the pitch condition the expert are said the field is not able to play and can be proved danger to try playing here.

The Red Devils are taking preparation to fly back old trafford to play their next friendly against Everton on August. The United boss Mourinho mentioned that they are not interested to perform in dabble pitch and wanted to back home with calm and safe. He thought rather than injury it would quite better to back home without playing match.

He also claimed that to play on this field is too risky and he is not agreed to take any chance to his battler. He also advised the City’s players to get back home and not to take any risk.

On the other hand Man City also get back their next friendly vs Borussia Dortmund on Wednesday. And the 50,000 tickets which had been sold for the event, alight into comedy.

It is also a disappointing matter to the fans and audience at all. The rival between Man United & man City always refers favorite to football fans and the world wide fans had been eagerly awaiting for the most wanted friendly but weather condition in China ruined the all expectation of fans, audience and most above sponsor who spent a huge amount of money for the event. So guys don’t be frustrated and get ready for the next friendly of both teams and linked with us to get update.