English football club Tottenham hotspur are eyeing to make a move for Real Madrid playmaker Isco. At present he appears to be near to width from the Bernabeu. As the future of the midfielder is doubted in Blancos side, Tottenham wanted to pick him for season long loan with buying option in next year.

According to Mirror report, the La Liga giants are under pressure to cull between James Rodriguez and Isco to cut their Salary bill. It is also learnt to the source James Rodriguez their first choice, who has not leave the club this Summer. Blancos Chairman Florentino Perez Coach Zinedine Zidane considered high regarded about  Rodriguez. That means they have to consider Isco in this season. 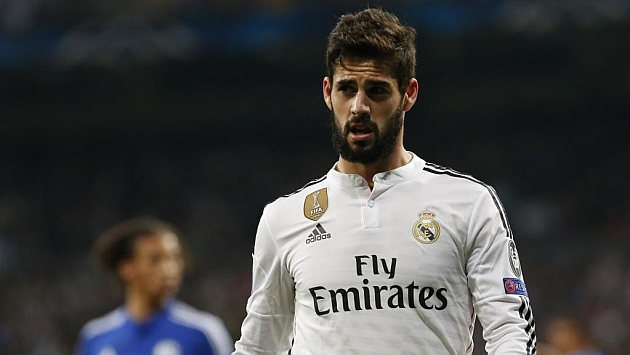 The club president also confessed his opinion to the coach Zinedine Zidane and the matter came out crystal clear when they blocked Chelsea bid for the Colombian.

In earlier of the August Isco’s father and agent rejected AC Milan proposal and strongly announced that he would not leave the Vikings Side at present but unfortunately the situation force him to leave the side suddenly.

The playmaker joined the side in 2013 from Malaga. Last season the dynamic winger featured 31 times for the whites, and able to made score only 21 of those matches . It was marked as the most poorest of Isco’s score since his debut season from Malaga.

He is a very talented footballer at all. It is no need to tell about him. His magical performance is known to all. But here the matter totally different.

At present Real Madrid is not in the situation where he could paid the both wages and that’s why they need to release some one. As they rejected Chelsea offer and blocked the James offer in this Summer, so they took decision to sell Isco this Summer window.

Tottenham are very interested to take the playmaker this Summer. But ahead of the deal they wanted to secure Isco for the upcoming year. And for that they planning to cast him on season long, so that they wanted to spent at least one year time before the permanent signing. So guys, to get more linked with us.