Tottenham the English Premier League giants come back to the winning way as they went past Crystal Palace in a lunch time clash on the Sunday. The Spurs earn a narrow margin victory over the Eagles, thanks to Heung Min Son’s lone strike on the 64th minute during the second half. He repeated what he had done just two years ago against the very same opponent when he had netted a 68th minute goal at the White Hart Lane, the moment he would never forget in this life as it was his first ever Premier League goal. 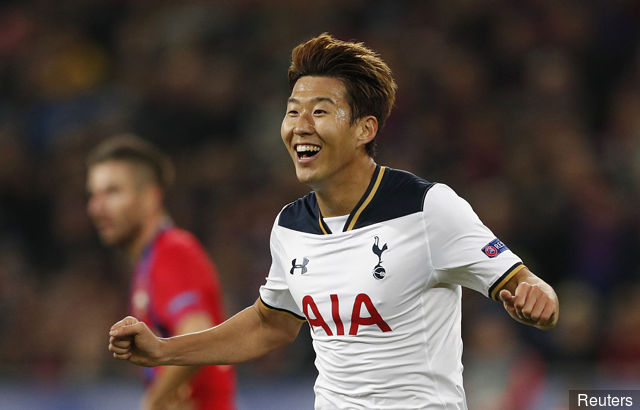 The South Korean once again came head to head against the same opponent and didn’t waste the chance to increase his goal tally. The only difference was that, this time the ground was the Wembley Stadium, which is being used as the Lillywhites’ home ground. The player who just turned 25 in the last July, gifted his side 3 points from an important fixture and then expressed his thoughts when he faced the media. He told that he was really happy to contribute for the team but the ambitious attacker added that it was disappointing as he missed a couple of chances those he should have converted into the goals. But the hard working front man also said that the most important thing was that they had managed to win and secure all 3 vital points.

Before hosting the Eagles, the White Hart Lane based club were defeated by another English giant Manchester United at the Old Trafford. But soon they made a great comeback as they destroyed Real Madrid in the UEFA Champions League at the home to seal a spot in the UCL round of last 16. Dele Alli proved to be the hero against the Spanish side as the England international scored a brace against the current title holders and the other one came from the feet of Danish play maker Christian Eriksen.

With the fresh memory of beating the club from the Spanish capital, the Mauricio Pochettino soldiers welcomed the Eagles and also earned the victory as expected. They are now currently sitting at the 3rd position in the league table, just behind the Manchester giants. Tottenham actually has got the same number of point as Man Utd but the Red Devils are ahead on a better goal difference. They will visit the Emirates Stadium on the next Saturday as they have been scheduled to play Arsenal in their next EPL clash.