Tottenham is the first English club this season to be out of the UEFA Champions League. Spurs’ dream of advancing to the round of last 16 was broken after the 2-1 loss against French Ligue 1 side Monaco. The downfall threw them clear three point behind than Bayer Leverkusen. The German club is through along with group champion Monaco as the spurs have inferior head to head record with them.

On the Tuesday evening the first half was goalless at the Stadio Louis. But the second half had a thrilling start as 3 goals was scored within 5 minutes. French Defender Djibril Sidibe gave thfr lead to the French side in 48th minute. Tottenham’s talisman Harry Kane levelled 4 minutes later as he added another goal to his tally. Spurs hopes were dashed just after a minute as French midfielder Thomas Lemar scored the 2nd goal for Leonardo Jardim’s side on the 53rd minute.

Hugo Lloris was the best performer for the Lilywhites yet again. He saved a penalty which was taken by Monaco’s Colombian forward Radamel Falcao. But that was just not enough to save his team. 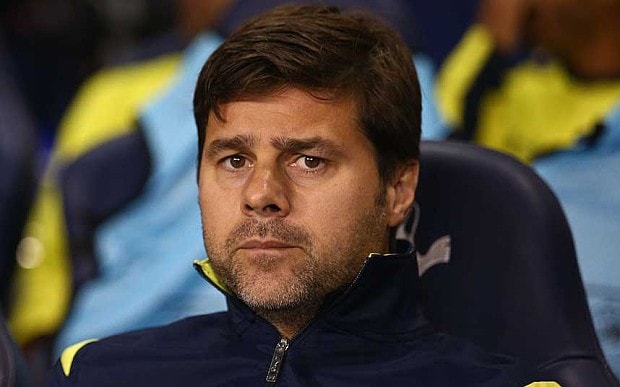 Tottenham also lost in their previous meeting against Monaco where the visfitors picked 2-1 victory at the Wembley Stadium. This victory confirmed the top place for Monaco who has already earned 11 points, Leverkusen managed to get 7 points which will see them through.

Tottenham has got 4 points beside it’s name & currently in the 3rd position in the group table. Russian side CSKA Moscow has got 3 points. So the Spurs still has chance to qualify for the UEFA Europa League. They only need a draw against CSKA Moscow in their temporary home ground Wembley next month.

Tottenham’s Argentine manager is disappointed with the result & the way his team conceded the goals. He blamed the small size of his squad. Pochettino said that, it’s tough to compete both in the English Premiere League & in the Uefa Champions League. He added that injuries certainly played part on his team performances & it was never easy to cope with the demands of EPL and UCL at the same time. He admitted that his squad needs to be strengthening to avoid such disappointing results in the future.

The Argentine believes that his side will qualify for the UEFA Europa League. He will be happy to manage his side in second tier tournament & would like to go further in the tournament. He mentioned the last year’s UEL clash against Borussia Dortmund where his team struggled. According to Pochettino, some big teams play in Europa league & clashes with the teams like Dortmund is always judged as the highest class fight.

The former Southampton boss also told that psychological aspects do matter in this kind of big tournament. Not only the physical & tactical issues make impacts but also the mind setting does have the same importance.

Belgian defender Jan Vertonghen was not selected in the playing XI. But Mauricio revealed that the Belgian was not injured. But he’s the only left back available ahead of the high voltage game against Chelsea. Spurs number one left back Danny Rose is suspended in the domestic competitions & will miss the Chelsea game. Welshman Ben Davies is also out with his ankle injury. So Vertonghen is the only choice against Chelsea, for the Tottenham Boss.

Tottenham’s new signings Vincent Janssen & Moussa Sissoko again flopped against Monaco. They are yet to fire after their move to the London based club this season.