Tottenham absolutely thrashed the Baggies at the Lane as super star Kane bagged 3 goals. Match week 21 of the English Premier League, kicked off with the clash between Tottenham Hotspur and West Bromwich Albion. Both team came head to head in a lunch time league match battle on Saturday at the White Heart Lane. The Spurs showed no hospitality to the visitors as they secured all the 3 points from the fixture and smashed the opposition with a 4 goal victory.

England international Harry Kane bagged the game ball as he got a brilliant hat-trick. He gave the hosts a flying start as he opened the scoring on the 12th minute of the game. Northern Ireland defender Gareth McAuley netted the ball to their own net on the 26th minute and the 37 years old Brom footballer’s goal got the visitors 2-0 down, early in the first half. The first half finished with the 2-0 advantage for the home side. 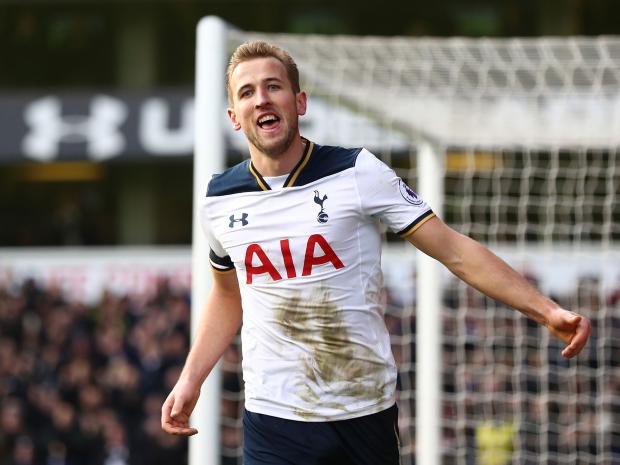 The in form English forward struck twice just inside 6 minutes and the home side earned a comprehensive victory. Kane got his second of the game on the 77th minute. The assist was provided by his compatriot Kyle Walker. He completed his hat-trick on the 82nd minute. Dele Alli provided the assist on this occasion.

Harry Kane is now 3rd joint top scorer of the EPL along with Zlatan Ibrahimovich. Diego Costa and Alexis Sanchez leads the list with 14 goals each. The 23 years old English man has already scored 15 goals this season in his 19 outings for his club. Last season he scored 28 goals in his 50 appearances. The Londra born player has netted total 80 times in the competitive matches for the Spurs.

Tottenham is now on the 2nd position in the league table. They have got 45 points from the first 21 games and are 7 points behind than the table toppers Chelsea. The Blues are at the summit with 52 points from the same number of games. Arsenal are at the 3rd position with 44 points. They are just 1 point behind than their life time rivals and breathing right behind the Pochettinos’ lads neck. West Bromwich Albion are now the 8th ranked team and have got 29 points from the same number of games. Pochettino’s lads have now won 6 EPL matches in a row. The Baggies’ bad run of form continues as it is the 3rd defeat in their last 5 matches. Spurs will face Man City in the next week at the Etihad. The last time they got defeated in a league match was against another Manchester side, as United beat them 1-0 at the Old Trafford, earlier last month.