The defender was taken off injured against West Bromwich Albion on October 15. Since then he has not featured for the Spurs. He suffered a knee injury during the match at The Hawthorns. The defender had an innocuous looking collision with his team mate & compatriot Jan Vertonghen & was carried of on a stretcher.

He has missed some big games since then. That has been  an irreparable loss for Mauricio Pochettino’s side as Toby was one of most regular performers in the team. He has been rock solid at the defense. The Tottenham manager was asked by the media about the key defender, if there was any chance for the Belgian to be in the playing squad at the Stamford Bridge & the Argentine clearly replied “No Chance.” 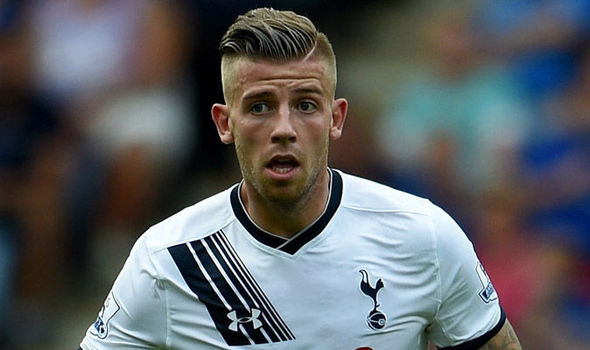 His side is looking to bounce back from their latest UEFA Champions League defeat against the French Ligue 1 side AS Monaco. Spurs are first team of the premier league to be out of the UCL this season & also in the 5th position in the league table getting 24 points from the first 12 games & are 4 points behind than the table topper & their next opposition Chelsea. Their opposition Chelsea is flying high under the Italian Coach Antonio Conte as they have won 6 consecutive premiere league games to reach the top of the table. Tottenham will be eager to do well & get some crucial points after the heart breaking downfall against Monaco. But it’ll be tough to earn any point from the Stamford Bridge and that even with the likes of Toby Alderweireld, Ben Davies (ankle problem), Danny Rose (suspended). So the Argentine manager will be bound to keep the faith on his young defenders.

The 27 years old defender has been a consistent performer for the London based club. He has scored total 5 goals for the club after his £11.4 million from Atletico Madrid last season. He has featured in 10 matches for Tottenham this season & scored 1 goal for Pochettino’s side. Reports suggest that Toby will be out for at least one more week. Thus there is a very narrow chance for the Belgian to feature in the premiere league clash against Swansea on December 3 & also in the final game of the Champions League group stage against CSKA Moscow in the Wembley  where the Spurs need a point to qualify for the UEFA Europa League. So the Spurs fans have to wait to see their best defender back in action.