Harry Kane, the Tottenham Hotspur super star has been ruled out for the next couple of weeks with an ankle injury. The in form striker is one of the league’s most consistent scorer. He is the top goal scorer of the club this season and also the second top scorer of the league with 19 goals just sitting behind Everton’s Romelu Lukaku. His absentee is a very big one for the Spurs as he has been the stand out performer for the Lilywhites. It is really impossible for any one to replace a top player like him, specially on the big occasions as the 23 years old is known as one of the most good performers under the pressure. 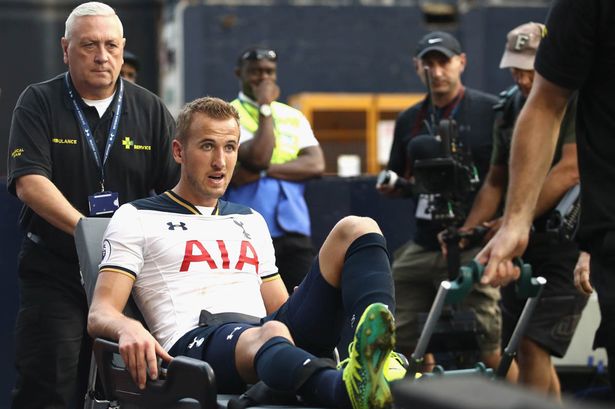 When the injury happened : The England international suffered an ankle injury during his side’s FA Cup quarter final clash against Millwall. He suffered it on the very beginning of the game and was forced to leave the field on the 10th minute of the match. Despite his leaving, Pochettino’s lads completely thrashed the League One side with a mammoth margin of 6-0. The injury was a big blow for the White Hart Lane based club and even 6 goals’ victory couldn’t minimize the pain as plenty of big and important games are coming soon for the North London’s club.

Returning Date : The returning date is not confirmed yet but according to the reports, the talisman will be fit to play in the late April. So he will miss a number of games and that will be a big challenge for his side. South Korean attacker Heung Min Son, who had scored a hat-trick against Millwall, played as the Centre Forward and replaced injured Kane’s position. They still could manage to get a 2-1 victory over the Saints. But they will have to be without Kane for at least 4 more matches. But their fingers will be crossed to get their star man back into the action before the crucial FA Cup semi final encounter against Chelsea which has been scheduled to play on April 22.

The Spurs are currently sitting at the second position in the league table with 59 points from the first 28 league games and are 10 points behind the table topper Chelsea. Their nearest rival Man City gained 57 points so far from the same number of league games as them and are breathing behind their neck. So Pochettino as well as the fans will certainly hope that they will get their talisman back into the action very soon.