United States, Canada and Mexico are fighting to host jointly in 2026 World Cup football. World football’s most regulatory body (FIFA) has already sent delegation to monitor their capabilities and infrastructural conditions. On this tour they will see the overall issues and analysis their report.

Morocco being the great rival of the three joint organizers. FIFA has already ended delegation of the inspection. FIFA announced the name of the organizer of the 2026 championship football before the upcoming Russia tournament. The US, Canada and Mexico were all unacceptable in this regard. 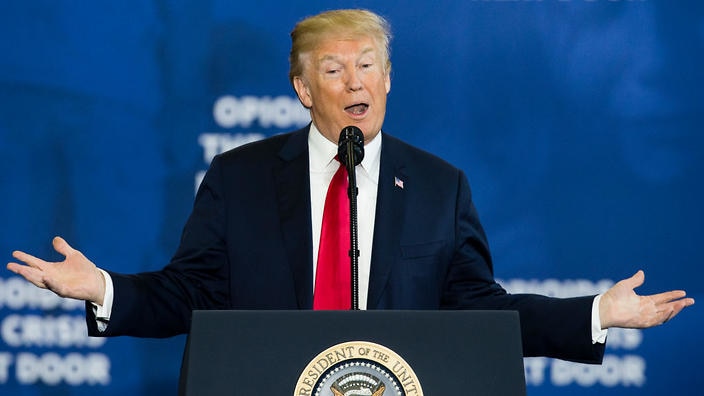 The 2026 WC championship will create a history of different dimensions. Because at least 48 countries will participate in this World Cup. From this point of view, the record will be created as the largest tournament in the history. In the event of hosting this historic championship, only two competing country. On the one hand, Morocco is fighting alone with the United States, Canada and Mexico’s combined power. It is almost impossible to recognize Morocco as a host of people who were almost sure about it.

But in the speech of the President of the US, the wind began to flow now to Morocco. Trump has recently written on his Twitter, The US has made a very tight bid for the 2026 WC with Canada-Mexico. But it would be a matter of shame that the countries we always support for various reasons are against the United States bid. Trump clearly mentioned that why would they support the favor of these countries, even those who oppose the issue in the United Nations?

Trump has responded to this tweet. He has warned that if the United States Football Authority is to be compromised to be a joint organizer, and the diplomatic strategy is recognized, it will be a matter of conflict with a political party.

The FIFA delegation ended their observations a few days ago. They visited USA, Canada and Mexico for 4 days. Then the visit to Morocco also ended. Now voting turn. A week later the voting will determine the organizers, which will be announced in the FIFA, the previous day of the WC competition in Russia. The final announcement will made on June 13 in Moscow.

In the past, Pakistan and Kuwait have suffered penalties for such incidents. Recently Spain has warned the football’s highest regulatory body. In December last year, FIFA did not tolerate government interference in selecting the host nation of the Football Association. So Trump interfere could be negative  for the nation.