The national football team Tunisia started training camp on Sunday for forthcoming African Cup of Nations season 2017. This is most dominating football celebration of Africa which going to commence from 14th January of the year. The final event will be held on 5th February. And the full episode will host Gabon.

There are 20 football team from Africa has been participated in the AFCON 31st edition. And Tunisia being drawn to group B. So in group B they will compete against Senegal, Algeria and Zimbabwe. It is very tough group and to cross the group stage the Carthage eagles needs more practice and conscious.

The first match has been scheduled uu with Senegal which will be played on 15th January just one day after of the opening tournament. So the The Carthage eagles taking preparation for that. Before starting the tournament they wanted to build their line up with a tough shape. And that’s why they will play two friendly match as the preparation match. Tunisia selected two teams from Spain one is Catalonia and another being Basque. 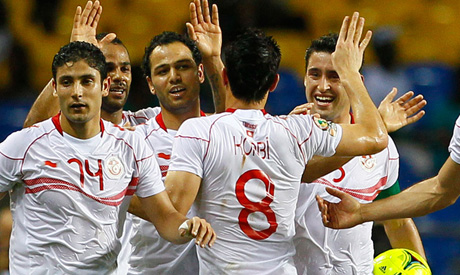 They also play a warm up match with Uganda who has qualified after a long time. Since 1978 they have not participated in the tournament and this season they have promoted themselves for the competition.

To play with the different side team Tunisia wanted to gather experience. Tunisian head coach Henryk Kasperczak mentioned that the local players are more stable than the international because they play regularly and have not passed time without playing.

The boss termed that he chose the best. He told something about the foreign footballers who have lost their places by playing in different club. Because Clubs are not permit them to play regularly. So it is always have been a gap to the footballers to play continuously.

The Tunisian team has shown a mind blowing performance in this year. Last ten match they have not face any defeat so far. It is the best season for them in history. Not only them it is a big achievement for team to get win continuously in ten matches.

They played their last match Egypt on January 8. Before fly to Gabon this was their last match. They will leave for Gabon on 11th January. This time they are very confident as they were in past.

They played the practice match very well. And now it’s time to show the performance in African Cup of Nations emulation.