Tunisian attacking midfielder Wahbi Khazri absolutely fit to take part in African Cup of Nation which going to produce from 14th Jan. According to reports the winger will play in the most gorgeous football tournament on this month. He has been suffering ankle injury since some time. Despite of this he has taken part in a friendly match which played on Sunday.

The Football Federation of Tunisia expressed on Tuesday that the playmaker will must participate AFCON competition.The 25 years old plays for Sunderland club. He has suffering stretcher during his country crushed by Egypt.

But now he is much well and ready to fight against the opposition. The injury is no much serious it’s just ankle sprain. It is also known from a federation statement that the winger is absolutely fine and fit to play in Gabon tournament. 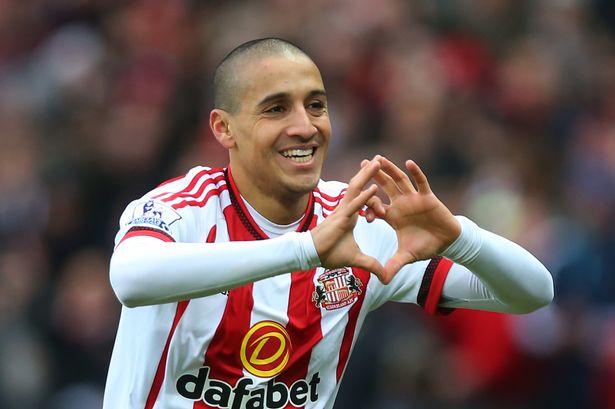 As there has no physical problem so the Khazri also very excited to take part in the competition. He always interested to play in the AFCON tournament. The injury create some problem in first but finally he approved for the tournament.

The doctors confirmed that now there was no risk to play and the head coach also mentioned that if there has any problem they will not have any risk for him.

Khazri is a very talented guy who started his career in the 2009. His club career start with Bastia. He led five years with the team. Last season he joined to  Sunderland club by signing a four and half year contract.

The winger is very punctual in international side. He always played fantastic for the team. In 2009 he joined the under-20 side. In 2012 he joined the senior team.

However, the playmaker expecting lot from the competition. Actually it is the competition where every player come for gather some experience and achieved many thing.

Khazri is one of Tunisian footballer key players who. Since last few month he played very well in club side. To watch the performance coach include him in the squad and now he would be the first line of the team.

Tunisia will play on group B where he have to face against Algeria, Zimbabwe and Senegal. The first match against Senegal will be held on 15th January. Against Algeria the second match will be played on 19th January. On 23rd January the group final match with Tunisia. It will be very delicious to watch the tournament this season.