West Bromwich Albion’s Allan Nyom and Liverpool’s Joel Matip has been kicked out from African Cup of Nation competition. According to reports the both guys will not take part in the competition from Cameroon side. AFCON is very demanding football competition in Africa and the all the footballer crazy to play there. But the two guys Nyom and Joel clearly notified that they did not want to participate in the competition which going to kick off from 14th January.

It is known to the source they has not interested to take part for their country and that’s why they had not included in the squad of Cameroon national team. So the two footballer now available for their country. 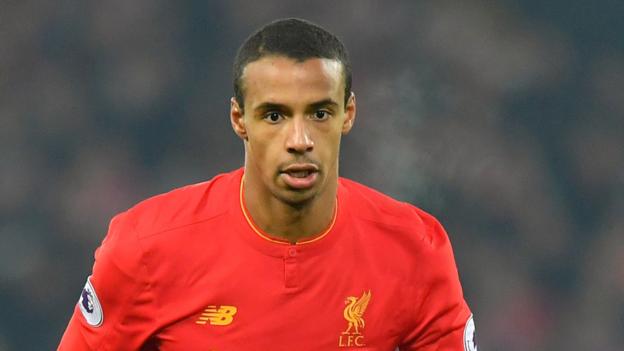 They are the two of seven who denied to play for own country. Though Matip suffering ankle injury this month but Allan has no reason to boycott the competition. This week he visited Cameroon to discuss the matter in officially. And now the all formalities has been finished he will better to return Hawthorns to join his club again.

Cameroon’s head coach, Hugo Broos very disappointed for this type of behavior. For any player it is first duty to play for his country and then for the others. Broos suggested earlier that he ask to FIFA for approved suspen to this kind of players. He applied to suspend this player from the club games for turning down to play. But it is very bad luck for him that FIFA had not taken any action and now it is not possible to stop him because he already kicked out from squad.

Nyom has started his club career with Granada club and later joined in Watford. After a year he moved to West Bromwich. After a very hard work he established himself in the first team. And now he is a very well known player at all. But not playing national duty for club game is not fair for any players and it’s really embarrassing at all.

So finally team Cameroon finalized 25 man squad without them. Now the Cameroon team has taken preparation with Ondoa, Goda, Mbakwe, Mabouka and many others. Teikeu, Siani, Djoum, Boya and Manjeck also on the team. Here we described the full team squad in below.