Mensah, Afful has received call up for 2017 AFCON. Crew SC made an officially announcement where he clearly mentioned that two defender Mensah and right back Harrison Afful gonna be join Ghana national team in forthcoming Africa Cup of Nations competition. Ghana Football Association decided to take the defender so far.

Ghana belonging to group D in 2017 edition where he have to fight against Mali, Egypt and Uganda in group stage. The first match of Ghana will play on 17th January against Uganda and the second one against on 21st January. The last group match will be held against Egypt on 25th January.

Ghana is very hard team in AFCON competition. They had reached the final in AFCON 2015. Afful and Mensa had shown a mind blowing performance on that game against Ivory Coast. By their Penalty kicks they proved their ability once again. 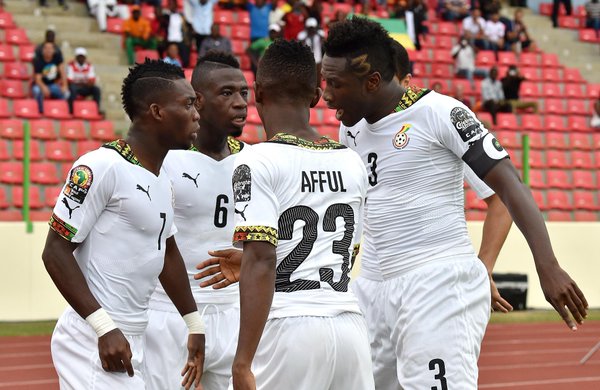 Actual their plan was to invest them in last three games before starting the season. That was their actual expectation. And they so confident that the guys will play their role according to their expectation.

Berhalter said that to sign the international footballer has some cause. He personally thinks that the thing which is more important for any footballer that is fitness and the ability completely present in Mensah. The 26 years old has also the ability of controlling ball. If he fixed his target nobody can move him from the way.
His 6.2 height along with 180 pounds weight made him a gigantic look. Apart of that he consuming very quick and aggressive. The 26-year-old really a very dominating footballer so far. One more thing which is consisting in Mensah, game finisher. When he take deal, he always finished that. To be considering all side Mensah is absolutely right man for the job.

Berhalter also mentioned about Afful that he is very hopeful and it’s time to back him again in action. The both footballer also very happy for their comeback. And all hopeful for the guys to play leadership role in the Africa Cup of Nations Competition.

So the coach and director waiting for the day when the two fighter have to see fighting in the field.