Bangladesh confirmed squad for upcoming Asia Cup which going to commence from mid- September. According to the list two hard-hitting batsman dropped from the squad. The world best all rounder Shakib Al Hasan also uncertain for the tournament due to finger injury.

Only a few days left to start the Asia Cup. On September 15, the United Arab Emirates will host the sixth edition of the Asia-Pacific Games in Asia’s most successful tournament. In the Asia Cup this year, Bangladesh will play against Sri Lanka and Afghanistan in the first round. The group comprises the champions of India, along with the Pakistan team. 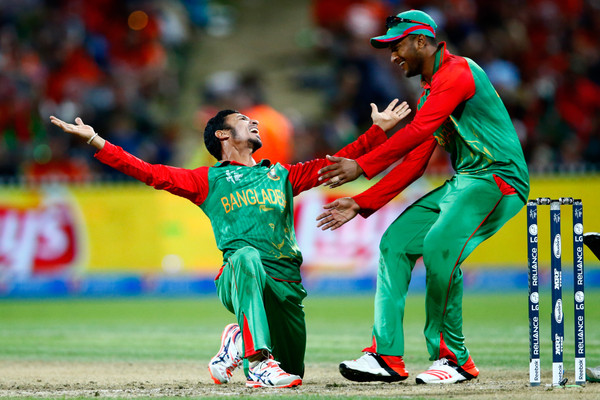 Sri Lanka will face Bangladesh in first match. The Bangladesh National Cricket Team will start the training camp from August 27 in front of this tournament. Bangladesh Cricket Board has already made the 30-member final squad for practice. Batsman Sabbir Rahman is losing his place from the one-day team after Test and T20 cricket.

Nasir Hossain, still uncertain for the team due to injuries. There can be several new surprises in the 30-member team. But in Asia Cup, the team is a type of finalist. Opening can be seen in Tamim Iqbal with new faces. In that case, Soumya Sarkar is losing ground in a rugged way from the team.

In the West Indies series, Anamul Haque won the victory but he failed to complete the series. So opening up with Tamim in the Asia Cup, Liton Das could be seen in the opening. Though Bangladesh is in the thoughts of another opener Imrul Kayes.

Mominul Haque may come to the team instead of Shakib after surgery in front of the Asia Cup. On the other hand, due to the absence of Sabbir and Nasir Hossain in the squad due to injury, bowling all-rounder Ariful Haque can be seen in the ODI squad after Twenty20. But now the big news from Bangladesh cricket is going to be banned from tomorrow by Mohammad Ashraful.

Many believe that Muhammad Ashraful will be seen in the Asia Cup. Although Ashraful did a five-season century in the last Premier League, he had dropped five years. The 5th Centurian Mohammad Ashraful will have to do something miraculous to get opportunity for Bangladesh team.

However, Bangladesh was a which neglected to all but now the team very aggressive and they able to face with any country. They have the record of defeating India, pakistan, Sri Lanka and also the most strongest team Australia so far. So to win the trophy not so big matter for them.