UCL semi final draw took place on the Friday and it has produced some tasty and epic schedules and fixtures as the two Spanish giants Real Madrid and Atletico Madrid have been drawn to face each other. So the rematch of the last season’s final will be played in two legs between the finalists of the very last campaign. So one of these two team will again make it to the final and the another will have their run ended after the semi final stage on this occasion. 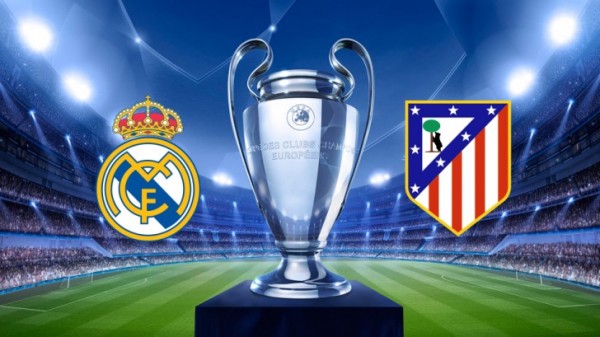 Among all the city based rivalries and derbies, Madrid derby is one of the most popular and awaited derbies in the whole football world. As the clash offers the spectators more than a football match. It is full of emotions, fights and excitement. This will be their 4th consecutive UCL meeting the last 4 seasons which is quite unbelievable. The two teams met in the 2013-14 final at Lisbon, Portugal where the Galacticos had the last laugh with extra time 2nd half magic after a Sergio Ramos injury time equalizer. Los Blancos won the La Decima on that occasion. Then in the very next season, Los Blancos once again knocked Los Rojiblancos from the quarter final stage to set their place in the semifinal before being knocked out by the Bianconeris in the semi final stage. The two team from the very same city, met once again in the last season at San Siro, Milan, Italy where Zidane’s lads saw off Simeone’s side as the unlucky team faced the downfall this time on the penalty shoot out. So they will be looking to take the revenge of the last 3 seasons. The 11 times winners of the biggest European competition will host the runners up side of the last year in the first leg of the semi at the Santiago Bernabeu on May 2 before visiting Estadio Vicente Calderon on May 10.

Italian giants Juventus will face the surprising package of the season, the Ligue 1 side AS Monaco. The Zebras who just knocked mighty Barcelona out of the competition will visit Stade Louis II on May 3 before hosting the second leg 6 days later. Both the teams are in great form and superb form and will look to secure a place at the Cardiff. Monaco has been brilliant and impressive throughout the season and knocked out teams like Borussia Dortmund, Manchester City and shouldn’t be taken lightly. So it is going to another mouth watering clash.