Manchester United, the most popular football club in the planet continues the unbeaten run in the premier league as they are now undefeated in their very last 15 league games and the last team the Red Devils tasted a downfall in the top tier competition of English football, was back in October and has not been beatable since then. Jose Mourinho’s lads keep flying high as they have now also been back to the winning way after 3 consecutive draws as they have got the better of the Foxes of the Leicester.

The Foxes hosted the Red Devils in a EPL match at the King Power Stadium on the Sunday afternoon. The visiting side proved too strong for the defending champions and Claudio Ranieri’s side who had written a fairy tale last season has been handed another defeat in this ongoing campaign. It is the 4th downfall on the trot for the title holders. The table toppers of the last season are really struggling even to get back to their average form as they have managed to get full 3 points on just 2 occasions out of the last 15 outings in the league. 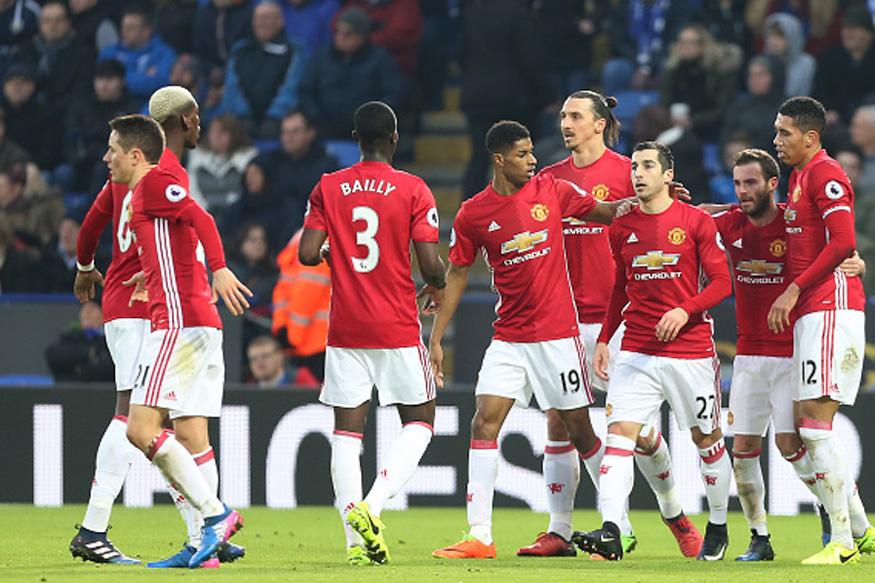 Henrikh Mkhitaryan broke the deadlock with a magic run from the midfield to beat Kasper Schmeichel with just 3 minutes of normal time left in the first half. It is the 5th strike of the season for the 28 years old Armenian who has been named ‘Magician’ by the fans. Last season the Armenia international had netted on 23 occasions for the German giant Borussia Dortmund. Another super star Zlatan Ibrahimovic didn’t take more than 2 minutes to double the lead for the visitors as the former Sweden captain netted with a clean strike from a brilliant Antonio Valencia assist and this was the 20th goal of the season for the 35 years old attacker in an United shirt. The former Barcelona striker is now joint 2nd top scorer in the league along with Diego Costa and Alexis Sanchez. Each of them got 15 so far. Everton’s Belgian sensation Romelu Lukaku leads the list with 16 goals who just had scored 4 goals in his very latest game. The first half finished with the 2-0 advantage for the touring side.

Juan Mata scored the third and final goal of the game from close range to seal a comprehensive 3-0 victory for his club. Mkhitaryan provided the assist on this occasion. The most successful club in the EPL’s history remained in 6th position with 45 points beside their names.