Valencia had a good reputation in the Spanish football as they were one of the most consistent teams to represent Spain in the European competitions. They had took part in the big competitions like UCL and UEL on many occasions in the recent years. They are considered one of the most favourite clubs in Spain but their performances this season has been below par and very much disappointing for the fans. It’s one of their worst start ever in the top tier league of Spain.

Los Che Els Taronges have won in just 5 league games so far this season and got defeated already 10 times out of their 19 league matches. Las Palmas hosted Voro’s side at the Estadio de Gran Canaria on the Monday night. Valencia won their last 2 league games before this fixture and were hoping for another good result but their honeymoon came to an end just after 2 consecutive victories. 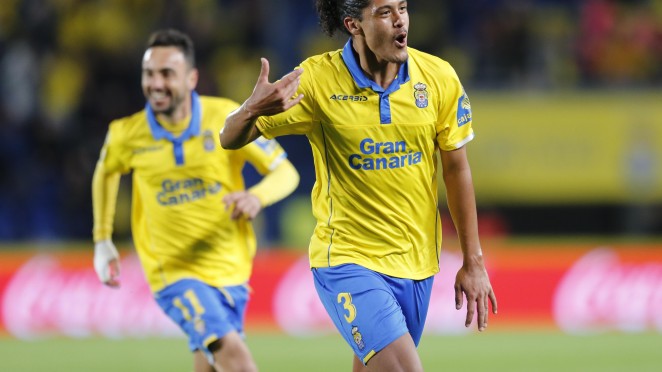 Valencia got a good start as forward Santi Mina opened the scoring for the visitors on the 21st minute of the game. It was the 5th goal of the season for 21 years old attacker. Last season he netted on 8 occasions. But Los Amarillos got back to the levelled situation on the 42nd minute as Jonathan Viera scored his 5th goal of the campaign. The 27 years old midfielder scored 10 times last season. The first half finished 1-1.

Former Barca attacker of Valencia Munir El Haddadi saw two yellow cards within 3 minutes and was sent off by referee Jaime Latre on the 51st minute and the visitors were forced to play with 10 men for more than 38 minutes. The hosts took the full toll as they utilized the chance very well of having an extra man. Uruguayan defender Paolo Lemos scored in the 58th minute to give his team the lead. It was the maiden goal for 21 years old young defender in a Las Palmas shirt. Ghanaian midfielder Kevin Prince Boateng sealed the victory for his club just 3 minutes later. It was the 6th strike of the campaign for the 29 years old.

Las Palmas remained in the 11th position with 28 points from the first 20 league games. Valencia are at the 15th rank with 19 points from their first 19 league fixtures. Los Che Els Taronges will now host the Eibar side in their very next La Liga match. On the contrary, Las Palmas will visit the Estadio Nuevo Los Carmenes of Granada to play their next match.