VAR Replay will be used on the big screen in forthcoming Russia World Cup. According to reports, how To Decide through Video Assistant Referees Technology In the World Cup in Russia, viewers will be able to see the stadium’s big screen during the match.

Based on this technology, the referees will make a decision at an inappropriate moment. However, when the referee, on many occasions, decided to use VAR on the basis of the decision that the spectators are skeptical not understand. When they show VAR replay in the field they can clearly understand. And it also finished all doubt of the viewers.

After the decision of the official, the viewers can see Replay only. To avoid the impact of the supporters on the referees, this arrangement. And undoubtedly it is very good arrangement so far. 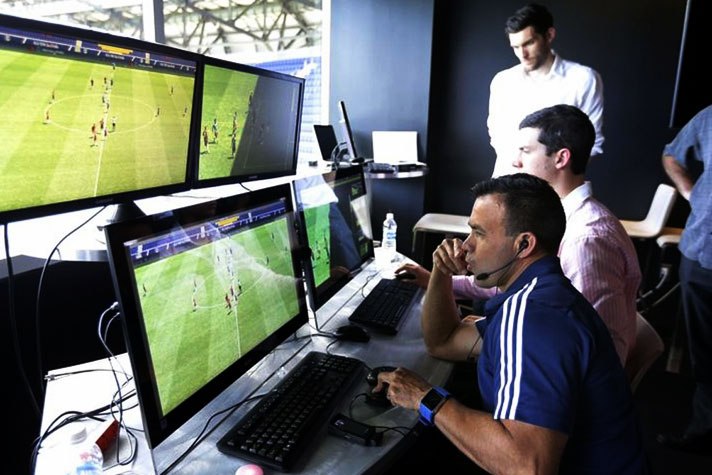 In order to decide on goals, penalties and direct red cards, many referees have to face criticism. FIFA is going to use a technology to bring more transparency into these decisions. Russia will use this system in the forthcoming championship.

The use of this system is a major change in the football game. In the meantime, this technology has been used in some English football matches.

Regarding the use of this system, Referee Mai Rayleigh said that Video Assistant Technology is supporting field referees, in some cases – whether they are goals, whether there is any foul in penalty kick, whether or not to cause a red card, or whether one person gets punishment because of a foul.

Rayleigh also told if the field referee has clearly made a wrong decision, then the video referee will use the replay facility to help the referee. There have constant communication between them. Actually VAR is working as a fifth referee in a game. If he tells the field referee to watch the video footage, then he will see it on the monitor next to the field, decide and start the game again.

Already the use of VAR program taken place in the English league, but this is the first time the system going to use such a big field like WC tournament in Russia. Russia World Cup will be played on 14th June. The world’s largest football team will take part in the competition.