And just after a few days, the most spectacular and popular event of the world sport is FIFA World Cup football. The teams in the World Cup have declared their final team one by one. Germany did not different of that.

The World champion has announced a 27-member squad ahead of the World Cup. Germany Coach Joachim Low announced the squad. But the side did not include the Confederations Cup winner, Bayern Munich forward Sandro Wagner in their WC squad.

With this issue Wagner announces retirement from the international football. It was very disappointed for the forward and also insulting for him. The matter hurt his ego and self honor, so why he took the decision to get retired from the national team ahead of the WC championship. The forward thinks he did not deserve this. He deserve to play the WC games. It’s not his fault, every footballer have the dream of playing football and if they get not the chance, it’s insulting for him. 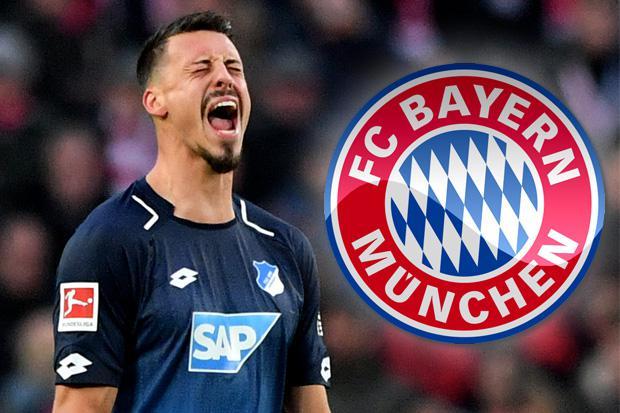 The 30 years old is very emotional and so what he took the decision like that. He thinks he was kicked out for his honesty, open and straightforward talk. For that he blamed the coaching team. The guy always talk straight to the coach and the whole teams and it was dislike to them. For that he was dismissed from the WC squad. With this decision he was hurt and emotionally take the decision.

German coach Joachim Lo said, however, he thinks that he (Wagner) has decided that fast because of extra emotional reason. He is very attentive, ambitious and he can reach the first thing in practice.

Wagner having aerial power and for this he is well known to all. His strength, distinguished is outstanding. The Guy also very hard worker. Despite of being striker, the man often seem to play midfield and defence. This being the very positive sign of the forward.

Wagner started his football career with Germany youth team. Last year he got chance to make debut for the senior team. He was awesome in debut. After four days of joining he made hat-trick against  San Marino. It was his first hat-trick for national side. But just after one year of joining, he retired from the side.

Wagner very disappointed of such decision of the coach. He is hurt but wishes for his team even after retirement. They really want that his team win the WC title.