After passing last season with Juventus on loan, Mario Lemina has finally signed with them for four years long deal in exchange for €9.5 million with €1 million extra due to performance basis. But before that, he was playing for Marseille. But unfortunately he would not possibly play with the Juve where the Old Lady are willing to sell him where as they have a good chance to do it.

Bundesliga side Schalke is keen to recruit him reportedly where they have already made €23 million offer for this Gabon international. Besides German side, this 22 years old is wanted by two more clubs named Watford and Real Betis where they already in battle to sign this youngster and made an offer though the offer remain undisclosed. 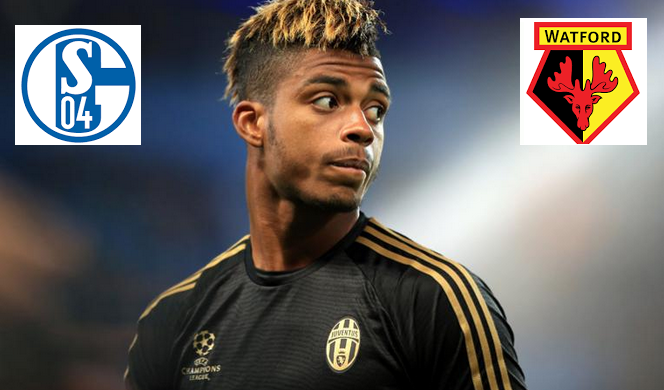 Though, all three clubs are willing to collect this Gabon international in their side but the Old Lady will not release him less than €20 million reportedly. As stated by some news portal, German side has solved the issue with the Juventus and they would like to fulfil the Juve’s demand.

During the loan season with the Italian side, Mario made only ten appearances and netted twice times. Considering such performance, he would not possibly continue with the first team in Juventus and so, Allegri is willing to sell him where he can get better option to continue.

But on the other side, Premier League club Watford are keen to sign another player from Juve along with Mario named Roberto Pereyra. But this Argentine international is also linked with West Ham too.

However, Gabonese international Mario Lemina started his club career with Lorient in 2012 and stayed there one season long. He made with them league appearances and scored none. Later French Marseille recruited him for €4 million in 2013. With them, he played 46 appearances and netted only twice in two consecutive seasons. Due to his continue poor performance, he was given loan to Juventus and after one year passing loan period, he has got chance to be permanent with them though there is still confusion that he would probably not chance to perform with their first team. So, despite being permanent with the Old Lady, now he is putted in market.

However, Juve has received proposal from all three clubs and now they are waiting for final decision which will come from the player though all clubs are willing to meet their demand.

So, it will be a good season for the Old Lady due to the reason of selling some players and earn huge amount of money.