Watford’s goal keeper Gomes says, inform midfielder Etienne Capoue & the new comer Roberto Pereyra are lifting the road off striker Odion Ighalo and Troy Deeney. According to the Brazilian, Etienne Capoue’s form this season has eased the load on the strikers.

Nigerian forward Ighalo and Englishman Deeney scored 28 goals combined last season of the Hornets’ total 40 goals which had helped the newly promoted side securing 13th position in the Premiere League table. The striker duo carried the club in 2015-16 campaign with their brilliant run of form.

The French midfielder signed for the Hornets in 2015 from Tottenham. He had featured in 36 matches last season for the club but couldn’t get him off the mark. But this season the 28 years old has taken a more advanced midfield role under Walter Mazzarri & is Watford’s highest goal scorer this ongoing campaign. He has netted 5 times this season & his team is currently in 8th position in the league table under the new coach, which is quite impressive. That’s why his team mate & number one goal keeper of the side, Heurelho Gomes couldn’t stop himself from applauding the in form midfielder. 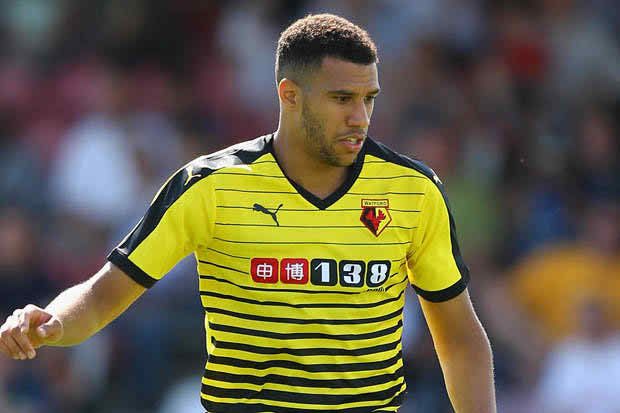 The 35 years old goal keeper faced the media during a pre-match conference before the game against Stoke City & hailed the impact of his team mate Capoue. The keeper says that Capoue has got more freedom under the new manager to go to the box. Gomes thinks that Capoue is a type of player who wants to stay in the box & likes to attack more than defend & that’s exactly what has helped him improving his form. The goalie added that last season Ighalo & Deeney had to do a lot who scored more than half of the club’s goals. The veteran continues that, this occasion, coach has asked them to be more attacking & their midfield has the biggest importance in this case because they has to get close to the box and finishing the game.

The Brazilian also appreciated the Argentine midfielder Roberto Pereyra & believes that Pereyra also plays a vital role this season along with Etienne. Gomes continued his appreciation for the French midfielder saying that the midfielder might have been out of form last season but also believes that this season the on fire midfielder has shown his class what he has got in his stock & will certainly show lot like these in the upcoming future.

The experienced keeper said about his manager that Mazarri is a very hard manager to deal with. But the club’s number one keeper also admits that the manager respects the players a lot & it’s upto the players to fulfill the manager’s expectations. Watford has got 18 points from the first 12 games of the EPL & currently ranked 8th in the league table.