Bad time continues for West Ham United. Nothing is going right for the Hammers. The club from the London have tasted 3 league defeats in a row and haven’t won since their away victory over the Saints at the start of the February. It has been 5 match without a single win for them.

But not only the results, but also the other related things are also going the opposite way. It has been quite disappointing for them as their injury list keeps increasing. Total 9 of their main squad’s players are currently injured. They had 5 injured players and recently 4 others also joined the list. 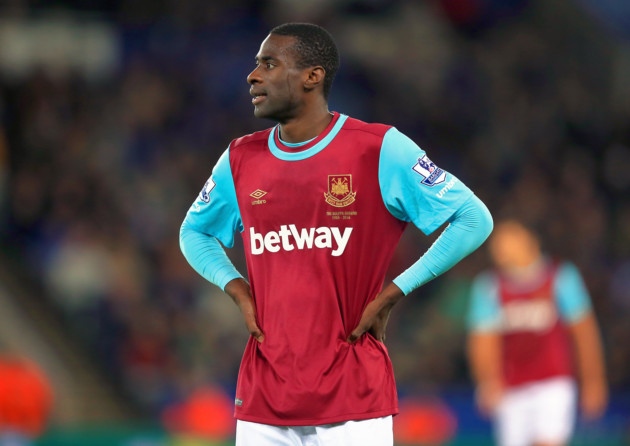 Spanish midfielder Pedro Mba Obiang, who suffered an ankle injury during the Leicester City encounter is out for the season. His season has been declared over as the injury is quite serious and he won’t take any further part this season. The 24 years old footballer, who will turn 25 on the start of the next week was forced to leave the ground on 67th minute of the game against Leicester City where his team got defeated by the Foxes at their own home ground. The Spanish man, who has opened his account in a West Ham shirt this season was replaced by Edimilson Fernandes.

His another club team mate, defender Winston Reid suffered a thigh injury in the very same match and was taken off the field on the 18th minute and was replaced by Robert Snodgrass. He is expected to be back at the late April. Not only these two but also English midfielder Michail Antonio joins the duo as he also suffered a hamstring strain and would not be available till the mid of April. Mark Noble also got injured on the same day as he faced it even before the first whistle was blown and he will be available since the Early April. Too many injury concerns also hampering their results.

Manager Slaven Bilic surely wouldn’t be a happy man as the likes of Gokhan Tore (Knee), Doneil Henry (Cruciate ligament injury), Angelo Obinze Ogbonna (Knee) are already out for the season and Obiang recently joined them which is an enormous blow. Senegalese striker Diafra Sakho (Hamtsring strain and Back problem), Spanish full back Alvaro Arbeloa (Calf injury) haven’t featured since the December 2016 and yet to get their first game of 2017 as they are still recovering. The Hammers are currently sitting at the 12th position with 33 points beside their name from the first 29 league matches.