West Ham forward Diafra Sakho suffers Hamstring injury against Manchester United on Sunday. The Senegal International has to undergo a scan. Although the length of the injury is not confirmed yet but the injury has ruled himself out of the next EFL Cup game against the same opponent.

Sakho sustained the injury in a Premiere League match against the English giant Manchester United at the Theater Of Dreams. Sakho opened the scoring for the Hammers inside 2 minutes after the first whistle of the game. It was the first goal of the season for the Senegal forward. United’s Swedish superstar levelled the line on the 21st minute with Man Utd’s world record signing Paul Pogba’s first ever Premier League assist. The 27 years old pulled up his hamstring & was taken off the pitch on the 66th minute of the game. The match ended in a 1-1 draw.

The forward suffered a back injury and was out for three months. He just made his comeback from the long time lay-off in the 3-2 downfall against the Spurs. His comeback was not so good as the Spurs sealed the victory with 2 late Harry Kane goals. Sakho was back on 19 November & again suffers another injury blow just one week later just on his second game of the season. 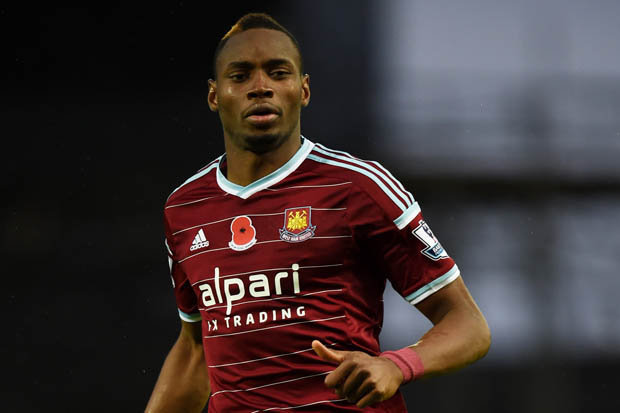 The 27 years old signed for the Hammers in 2014 from Metz. Since then the injury woe hasn’t stopped chasing him as the attacker suffered too many blows. Although he suffered the injury but his comeback deserves appreciation. He’s the first West Ham striker to score in the premier league this season which is quite shocking as it has taken 13 matches for the Hammers’ strikers to break the drought.

The very last time Sakho was on score sheet was on May 10,2016. That was also against the Red Devils in the Hammers’ last ever match at the Boleyn Ground where his club left the ground with a 3-2 victory.

West Ham’s next game is again against United. This time they’ll square off in the EFL Cup quarter final at the Old Trafford. Sakho is set to miss the clash on Wednesday where the winner will reach the Semi Final of the Tournament. English forward Ashley Fletcher, Italian Striker Simone Zaza & Ghanaian attacker Andre Ayew are the probable replacements for him. The Dakar born footballer has scored 20 goals in 52 matches for London based club. On his first season he had 12 goals & last season he netted 7 times for The Irons.