Chelsea winger Willian has revealed that he is ready to start for the Blues for the first time since his mother’s death. His team is in great touch as they have won 9 consecutive matches in the English Premier League. Willian is one of the most important players in Antonio Conte’s side but he has gone through critical and touching situations as his mother passed away on October 13, 2016.

The Brazilian flew away to Brazil after his mother, Borges lost the battle with cancer on the age of 57, after suffering in brain tumour problem for 2 and a half year. He missed the Leicester game on October 15 and then appeared for the Blues in 3 out of 5 matches. But in all 3 cases, he was used as a substitute. He has not featured against Everton and Middlesbrough.

Although the 28 years old’s absentee was not felt much by the All Blues but the industrious midfielder is keen to get his place back in the starting line up. He had to make an impact even to be used as a substitute because of the sublime form of his team mates. On December 03, Willlian replaced Pedro on the 50th minute and gave his team the 2-1 lead against the Citizens at the Etihad. Chelsea secured all 3 vital points from that important clash which has settled their place very strongly at the top of the league table. 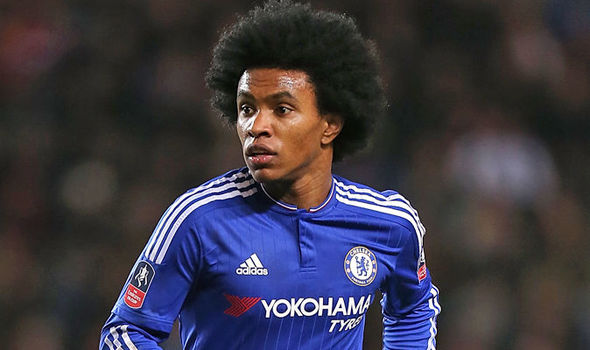 Willian has thanked his coach as the Italian has been helping him to stay strong and confident. The Brazilian faced the media and said that the manager had to change the team as he was in a difficult condition and had to stay in Brazil. The 28 years old appreciated his team mates and his replacement Pedro as he thinks they all have played brilliantly to keep the Blue flag flying high.

The attacker adds that Conte has talked with him and told him to stay concentrated. He has been given advised to work hard in the training and to try his best when he would be given chance on the field. Willian expressed his happiness for helping his team to securing a victory against Man City at their own backyard.

The former Shakhtar Donetsk footballer signed for the Stamford Bridge based club in 2013. This is his 4th season for the Blues. This season, Willian has appeared in 12 matches so far for his club and netted thrice. In total, he has played in 152 matches for Chlesea and scored 22 times.