German winger Andre Schurrle is a professional footballer who is currently playing in 15th edition of UEFA Euro 2016 with Germany national football team which is hosted in France. He was also the main squad in last quarter-final match against Italy where they won by penalty shoot out. He is considered as one of the main playmaker in German team nowadays.

Recently a news spread out that one of the top club in Bundesliga, Borussia Dortmund is trying to get his service according to the Wolfsburg sporting director Klaus Allofs. Andre Schurrle is currently under contract with Wolfsburg. He transferred there from English club Chelsea in 2nd February, 2015 and the fee was reportedly £22 million.He thought then Wolfsburg would be a great team to move for him. He played with the Wolves total 43 matches since 2015 where he scored 10 most important goals. 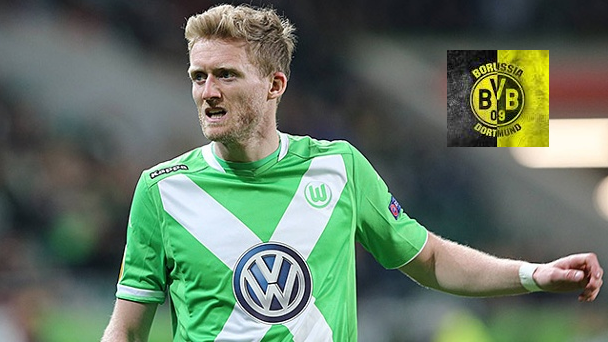 Now, it is claimed that, this German forward has spoken with the BVB recently which is confirmed by this German. The BVB will need this former Chelsea player due to the replacement of Henrikh Mkhitaryan who is going to leave the Westfalenstadion for Manchester United. Andre Schurrle played under Thomas Tuchel while playing in Mainz 05. So, he would probably approve his proposal.

Klaus Allofs also added that this German forward is currently busy with UEFA Euro 2016 in France. So, he does not make any decision yet. And also Wolfsburg is not ready to leave hiam as well. Ther will gonna hold him for next season and try to qualify for Champions League. But they also will have to consider his economical side. They need with to make a strong balance team also he is under agreement with the Wolves till 2019. He made nine goals in 29 appearances in Bundesliga last season. So, they are not planning to sell him right now.

Andre Horst Schurrle has made his journey through Mainz 05 in 2009 where he played two season and scored 20 goals. Later, Bayer Leverkusen made a five years deal with him which was about to valid till June, 2016 but unfortunately in 18th April, 2013 he travelled to Chelsea where Chelsea gave €21 million for his service. He played for Bayer Leverkusen 65 matches and scored 18 goals. The Wolves is his fourth club and now he is about to leave them.

Thomas Tuchel who is the current manager of Borussia Dortmund is planning to strong their attacking division where they are in 2nd position in Bundesliga 2015/16 point table. Andre Schurrle would probably his first step.