World champion Germany retains top spot in FIFA rankings. International Football Federation  emerged the top position of them. The five-time World Cup winning Brazil holding the second position. Brazil became the team who wrote their name on first in the World Cup tournament. But their twice draw changed the result  and Germany take over the status and leading the FIFA ranking.

German football team create a historical record in this season and became the unbeaten team in the qualifier round of WC competition. They won ten on ten and holding the hundred percent winning record. As a result they situated on the top of FIFA ranking. 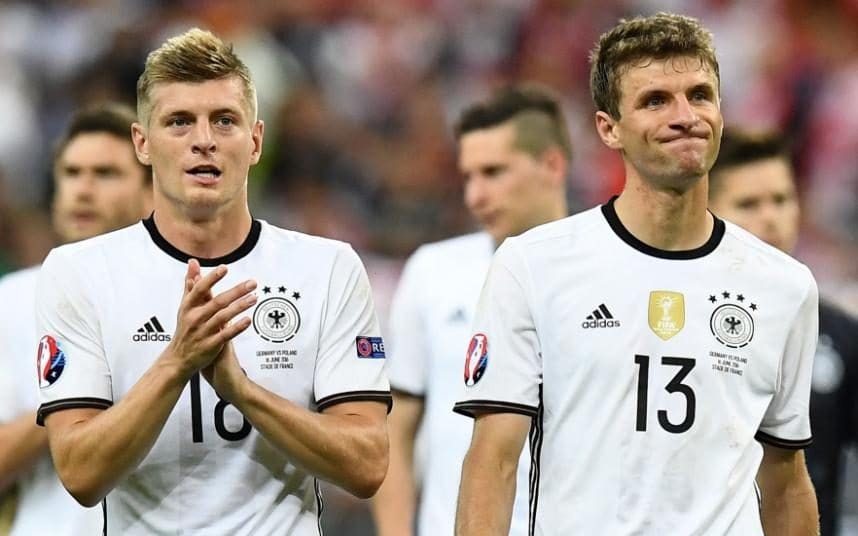 There was no change in the first six places of the ranking. Portugal defeated to Switzerland last week qualifier match and became the third place holder in the point table. The next place in the South American region is Argentina as they rushed Ecuador in the last qualifying and secured the World Cup ticket. Messi’s team achieved the place after a hard struggle and finally able to grab the permission to enter on the competition directly.

The next two places are Belgium and Poland respectively. Belgium got the fifth place where Poland holding sixth place. They both are playing fantastic on the qualifying round. After the sixth position there some changed has been seen.

After Monday France jumped ahead one step and existing in the seventh place. It is very clear about their performance. But they deserve more good place, so far.  On the other hand Spain stood at the eighth position. Actually they stood on the eleventh place but improving performance they emerged  in three steps ahead than past status.

Chile who kick out from the knocked out round standing in the ninth position. This time the World champion’s will not seen to play in the Russia World Cup.  Peru has moved up two places to the top ten position. The team still alive in the in the fight of reaching World Cup. They are struggling to get ticket as soon as possible.

Back in four places, Switzerland stood in the eleventh place. Before that they were in the seventh place but this week they step back in the point table. On the other hand by three step ahead England standing on the 12th position, where they stood on the 15th position.