World Cup making fence to get Ballon d’Or award. Mohamed Salah’s rise to Halley’s comet in football world like sky-blooming stars. They are shining so much that in the light of the last decade, Messi and Ronaldo have ruled the world of football! Not really super-dyed, true.

Egyptian winger flying since last summer in Liverpool. At this moment there is incredible form. As it came down from a different planet. Ballon d’Or has given his flying form. Whether Salah will win Ballon d’Or in 2018 in the Messi-Ronaldo regime, the discussions are now underway in Europe. 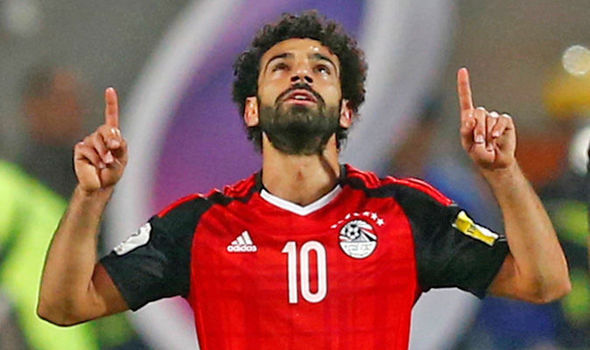 Not only that, Spain’s favorite sports daily Marka will also organize voting on how Salah can win Ballon d’Or in 2018, behind Messi-Ronaldo. They arranging ‘yes’ or ‘no’ voting system.

But five of the magazine’s famous football writers have already given their opinion on a table. It turns out, Salah is the winner! Mohamed Salah got 3 ‘yes’ vote in his favor of the possibility of winning the award. Two voters have been cast in the ‘no’ box.

However, the 5 agreed, if Messi-Ronaldo was disappointed at this moment, he would have won the Ballon d’Or! Considering the incredible form, Sallah continues to be the leader of the moment.

Not only is Marker 5 football journalist-savvy, according to other football folks in the world, Salah is ahead in the moment. In an interview with BT Sports, former Liverpool legend Steven Gerrard said directly, Salah is in the best form of life.

Now it’s hard to compare him to Cristiano Ronaldo and Lionel Messi. Because, both of them have been in the best form for a long time. They have been playing consistently well over the years. But there is no doubt about Salah is the best player in the world.

But the alarm is that, balon d’arata will be given at the end of the year. For Salah’s sake it will be difficult to hold this tide. Because, in front of the World Cup It is really tought for the forward. His name is Egypt, One of the weevils on the world football stage. There is a doubt that Salah’s Egypt will be able to pass the group stage in theupcoming championship.

So, the upcoming championship will give behind the forward, so many people think that to Marker Footballer’s two ‘no’ voters, keeping in the mind. Apart from the international side Salah’s club Liverpool not famous like Lionel Messi’s Barcelona or Cristiano Ronaldo Real Madrid.