Jarvis said that, the 22 years old Spaniard and Lorenzo hold completely different characteristics but they certainly have some things in common. And the things they have common between them are the things which has positive effect on winning races. 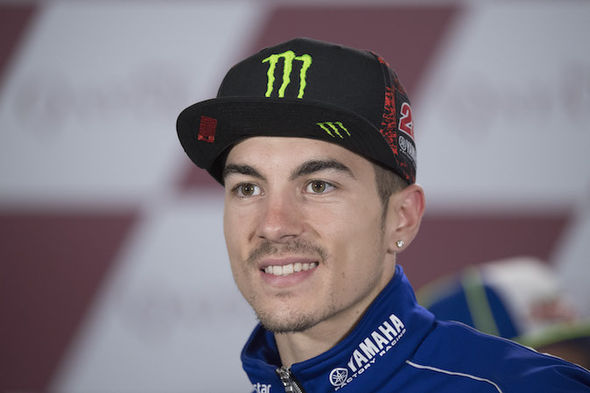 This season is Maverick Vinales’ first season with Yamaha and he has already gathered a lot of experiences. In the winter testings he had dominated others and had two victories in his hand. But, from that time he has been going through a period which has seen lack of form in him which has costed him the lead he gained in the championship.

Now, when the championship is halfway of its calendar, the 22 years old stands at the second position of the points table of MotoGP 2017. He is now at five points trail from Marc Marquez, who is at the top position in the standings. Whatever,  it is true that he has gained a total of three victories in the year, which is more than any other rider in the championship but the lack of form has costed him the lead and set him at the 2nd position.

But, now standing at the year of 2017 everyone has to admit that things are changed now and have become more difficult than before. And the competition has also increased. So, considering it is Vinales’ first season with Yamaha, everyone at Yamaha are very much happy with Vinales and his relationship with the constructors company.

The boss of Yamaha, Lin Jarvis has told in the media that, Undoubtedly Maverick is in very good condition for racing. It is amazing that he has won more races than any other competitor in the 2017 MotoGP championship and he is close to the first position and the team are also working very well with him.

He also added that, Yamaha has won four of the last nine races and Maverick has won three of them. So, certainly Yamaha are in a good flow of form right now instead of having some ups and downs in the form. He admitted that it was disturbing for them that they were not that much strong in some tracks where they normally are very strong and fast.

Lin Jarvis said that there are some gestures, attitudes and reactions of Vinales which are very much similar to Jorge Lorenzo and those reminds him of Lorenzo who is currently racing with Ducati and is a former Yamaha factory racer who raced for Yamaha for 9 consecutive seasons and won three championships with them. But at some instances they are different from each others.

But the main thing which is common between them is the talent and the hunger for success. They both have big ambition, Jarvis said.

Jarvis stated that he is confirmed that Vinales will win multiple MotoGP titles in his career.

Spanish born Yamaha rider Maverick Vinales is only 22 years and it will be seen at the end of his career that whether Jarvis will be right or not.