Indian cleanest strikers Yuvraj Singh keen to play World Cup which going to be held 2019. The Punjab left hander played a vital role to chase WC 2011 in India’s favor. Now he want’s to contribute in the World Cup in 2019 which going to be hosted in England & Wales. After his sensational performance in 2011, which won him the man of the series award, he was diagnosed with cancer.

Yuvraj Singh is one of the most powerful batsman in Indian cricket team. He is often seen to snatch the impossible game form the impossible situation. His batting power play is too good. But his unexpected cancer ruin his career and take him away from the cricket for a long time. 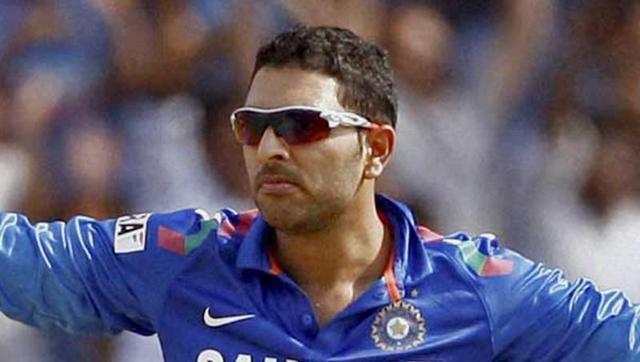 After coming back from the cancer he rejoined the side  in 2012, the match against New Zealand. It was short format game so far but he could not able to his past violent which is loved to the fans.

After that he also took part in the many times but the result was not so good. He was also part in the Asia Cup 2016 and World T20 but as usual he could nothing and failed to prove himself.

As that performance his future is doubted and could miss the WC 2019. But the all rounder eager to take part in the upcoming season in England.

Yuvraj told to India Today that he had been training much hard in the off-season for whatever chances he got. He added that he wanted to come back in international to represent the country. He also mentioned he wanted to perform more two 0r three years in the national side and if he could do that he had proude himself. At last he proposed to play in the England WC. On his own word his target is to play the 2019 full format world cup.

At present the all rounder linked with some domestic side and tried hard to upgrade himself for the upcoming season. For raised up the level he needed to be something extra. If he could do that he would have the chance. The 35 years old also told that if he had to give his best potential, he have the chance in the most fascinating events. And he also very determinate to get the chance by any means. So, let’s see what happen, and how much he could do that. Keep your eyes in our site to get latest news.