Crystal Palace midfielder Wilfried Zaha has no longer play for England national team. He back to his home country Ivory Coast and this AFCON season he will play for native team. Tuesday the winger announced that from now he will play for his birth land rather than  his adopted land.

The 24 years has made international jumped from England To Ivory Coast. Normally footballer changed their club but Zaha switched his international status. Actually he wanted to take part in Nations Cup for his native country and that’s why he trying to move since time.

Zaha has taken birth was in Abidjan. At the age of four he has been shifted London to join Palace football academy. From childhood he was very talent. At the age of 12 he has won 2 caps for England.

Once he left his country for England and did not back forward there. So the others years of his life he completed his schooling for his adopted country. After that he joined England youth teams. 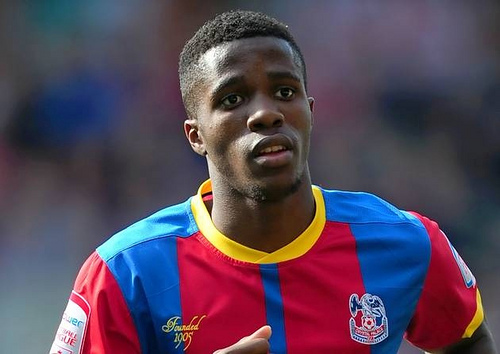 And finally the opportunity has come. Now when he well known to all as good player he expressed his choice, where he actually wants to play. And his wish to be play for The Elephants. Wilfried mentioned that to play for the own country will be really pleasure for him and it is also a matter of pride for him.

On November 27, the Football Federation of Ivory Coast confirmed that Zaha can play for his country. And the news was so exciting for the winger and also for the country.

Last Sunday the playmaker played his first match for the nation against Sweden in Abu Dhabi. It was a friendly international and the Ivorians crushed the opposition by 2-1 score.

However the debut match proved successful for the winger. He promised to give his best for the team. He termed that his attempt will be getting more titIes to the country.

Zaha also told about his ambition how he wanted to be happy nations. He told he would try his best to give the countries 3rd title this season. And after that his target will be to qualify the team for World Cup 2018.