The World Football Federation has disclosed overall twelve name as nomination. The nominated person are really worthy of the award. According to reports the three names have the more chance to win the award.
Zdane become the potential man who has the more chance to win the prize. It has a actual reason as the La Liga giant Real Madrid have the potential to win La Liga and the Champions League last season. He won Spain’s total four titles in the 2016-17 season. And at the start of last month, after winning the UEFA Super Cup in Manchester United, Zidane’s team made the Spanish Super Cup home after defeating Barcelona. 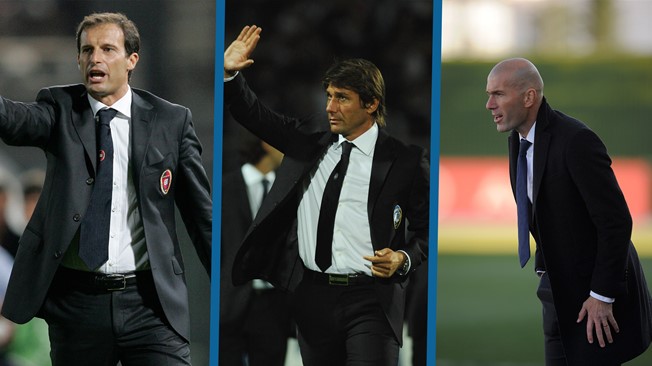 In the first edition of ‘The Best FIFA Football Award’ in January, Zidane was also shortlisted for three people. But unfortunately he could not grab the award and it gone to Claudio Ranieri, the Lister City manager who push the team to win the Premier League title. But this time there have solid reason to win the title of this former French footballer.

Allergy help Juventus to win round Domestic Double (Serie A & Italian Cup) three time continuously. The club was also in the Champions League finals last season under this Italian coach. But  they lost to Zidane team Real Madrid in the final.

Chelsea finished the league at the tenth place in the 2015-16 season. In the next season, he gave the team a change in the quintet. This Italian coach won the Premier League title in the first season with responsibility.

Luis Enrique also the name who could win the title as Barcelona performed like giant. But the credit also goes to the Argentine Messi, Uruguayan Suarez and also the other guys of the team.

The name of the winner will be announced in London on 23rd October. There has also other name in the list,they also deserve the award. They are all being there because they did something special for the team. Here the full list in below.