All six games will be held on the same place at Harare Sports Club. Harare Sports Club is that place, where the team India had played three fifty overs game along with two Twenty20Is in previous year. The ODI result was gone to India’s favor where they grab the series by 3-0 score and the T20 result was conferred as tie. In last six year it going to be the fourth trip of India to Zimbabwe. 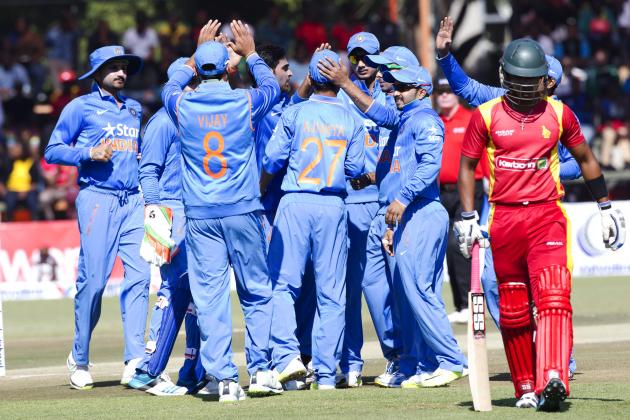 First it was decided to play Three ODI (One Day Internationals) and one Test cricket. But later the decision switching to 20-20 instead of Test. It is learnt to the source that the decision has been changed for hosting team Zimbabwe. A BCCI senior officer mentioned that the replacing offer Test to Twenty20 came from Zimbabwe national cricket team and Board of Control for Cricket in India immediately accept the proposal. When it was asked to BCCI for changing reason the game format they had not comment anything.

India ranked as the world’s no one T20 cricket team and here presenting all the players are t20 specialist. The source says that Zimbabwe want to warm up the team in t20 format and it will be the great opportunity for them playing with the t20 specialist at home. Perhaps that is the main cause to switch the decision.

The most interesting fact is that India going to make the tour with second team squad, where not Dhoni nor Virat will be captained. The full series will be led by Ajinkya Rahane. It is learnt to the source that the all rounder will lead the both side ODI and Twenty20. But BCCI yet not announced the squad officially. It is expected that the opener Shikhar Dhawan and Virat Kohli will be included in the squad who recently finished Asia Cup and World T20 successively.

It is also undefine, Dhoni will take part or not but. BCCI recently announce that he will lead the limited over games till 2019. The captain cool was retired from test format in 2014 and after world cup Kohli had been taken over the ODI charge. It was explicated by BCCI After World T20 Dhoni would retired from national side captaincy but his guiding policy under pressure in World T20 and Asia Cup have been forced the authority to take the step remain him on the post. He will lead the short format cricket till fifty over world Cup 2019.

At present the Indian cricketers are busy with IPL (Indian Premier League) the most watching cricket tournament in the world. They will return in national mode after finishing the domestic event. After finishing the IPL they will take preparation for Zimbabwe trip which will be made on the next month.