Zimbabwe trashed West Indies by 5 wickets and dipping final in triangle series. They chase the  rain-affected match in Duckworth and Lewis method and promoted themselves for final. In final they will fight against Sri Lanka whom secure their name in final in earlier. Now the two They will play against Sri Lanka in the title fight.

By winning the toss in Bulao Ayora Queens Sports Club on Friday and scored 218 losing 8 wickets. Causing of unexpected rain short out the over to 49 overs. Zimbabwe win over West Indies after a six years long. In these six years they had not won a single game against West Indies. Last time they win over 2010 and the same event happened in that year they reached final against Sri Lanka. The same situation is seemed this year. 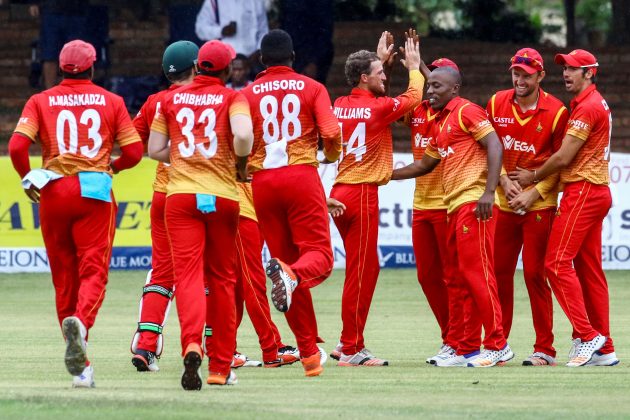 For chasing the game Caribbeans scored 124 runs in 27 overs. They achieved the score for 5 wickets. The game has finished that situation because of rain.  Rain spoiled the game and forced to stop the it in mid way. To chase the match they need more 130 runs. But after that the match announced in Zimbabwe favor.

The first match of the both team defined as tie. Zimbabwe came up to number two position with 8 points by winning the match. And the other side Jason Holder’s team has adieu from the team with 7 points.

The starting was not so good of team Indies. They are failed to do a good start. In 12 runs The West Indies lost their two important player Evin Lewis and Charles Johnson. Tendai Chisoro took their wicket and backed them to seat.

Craig Brathwaite, Said Hope has settled down turn. They could do nothing. Powell Ramayana has backed just 1. Holder Jonathan Carter and the team kept fighting. But the unexpected rain poured water in their efforts. Cicero and Sean Williams picked up two wickets each.

The earlier condition of Zimbabwe was not so well. They gathered 89-runs by losing seventh wicket. Zimbabwe were in great danger. Donald gave primary prevention to make 38-run partnership with Sikandar Raza. After the departure of Tiripano Raza made 91 runs partnership with Chisoro and boos the team a fightable score.

And finally Zimbabwe won the match. Once again the both team will play another final. In 2010  Sri Lanka grabbed the title and this season they are hopeful for the title. But it is expected the match will be very interesting. Let’s enjoy the game and linked with to get more update.