Philadelphia 76ers is a professional basketball team in America which is commonly known as Sixers. They represent Philadelphia in NBA tournament. The team used to take part in National Basketball Association (NBA) as a member of Atlantic Division of Eastern Conference. The team was founded in 1946 and by when it was known as Syracuse Nationals. It is one of the oldest franchise team in NBA as well as one of the eight teams from league’s first decade. Philadelphia 76ers is one of the very popular team in NBA which has quite rich histories. Some greatest players used to play for the team and among them Julius Erving, Billy Cunningham, Moses Malone, Allen Iverson, Charles Barkley, Wilt Chamberlain and Hal Greer were quite renowned. The team won three NBA championship titles where first time they won it in 1955 by when it was known as Syracuse Nationals. The 2nd title was won in 1967 and this time Chamberlain led the team. 3rd title was taken in 1983 where Erving and Malone led the team this time. Since then they returned to the NBA final in 2001 but faced defeat against Los Angeles Lakers. Let’s check the details of the team Philadelphia 76ers or Sixers below. 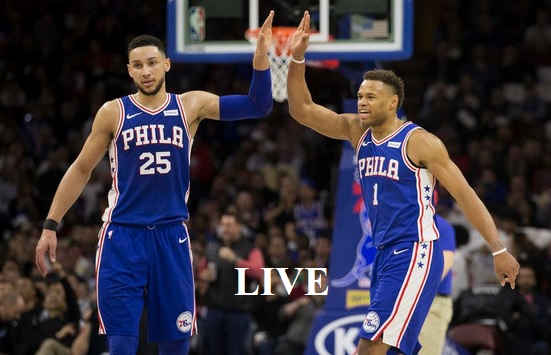 # Rivalries: The team Philadelphia 76ers has big rivalry with Boston Celtics which are the oldest and considered as the 2nd greatest rivalry in NBA competition after Boston Celtics and Lakers rivalry. This two teams Celtics and 76ers faced against each other in NBA playoff total nineteen series where Boston Celtics won highest twelve times so far.