The Rugby World Cup 2015 will be starting form 18 September 2015. Total twenty national teams will play in this world cup and they divided into four pool. In “Pool A” Australia, England, Wales, Fiji and Uruguay will play with each other. Here is three hot favorite team Australia, England and Wales, it is so difficult to say who will play in next session. This is the death group in this world cup. Here we make a content about the possible qualifier form Pool A. 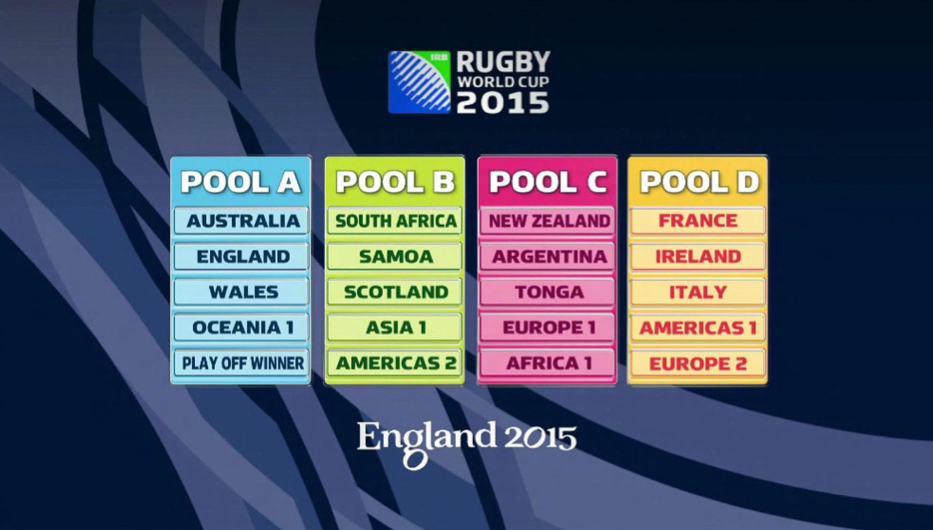 England: England is the hosting country of this world cup and this is their second time world cup winning mission. All the English player are ready for this tournament and they played well recently. England team is now 4th position in the world rugby ranking. England teams advantage is they will play this tournament in their country and the field is their, the viewers are their, so they have a big advantage these thing. This team is also one of the strong team in this world cup and they have also opportunity to win this world cup, we also say that they will also play in second round.

Here is another team Wales is a strong team in rugby and this team has opportunity to make any accident in this pool.

In Pool B South Africa, Samoa, Scotland, Japan and USA will play against each other. South Africa is most strong team in this group. Here we make a content about possible qualifier form Pool B.

Scotland: Scotland is another strong team in this group and they are 10th place in the ranking. The 4th place winner of 1991, Scotland has some star player and their world cup team combination is good. In this world they have a good opportunity to anything for their team. This team has also opportunity to played in next round.

Here is Samoa which team is also in 12th number in the ranking and this team has also opportunity to does good in this world cup.

In “Pool C” New Zealand, Argentina, Tonga, Georgia and Namibia will play against each other and here New Zealand is very strong team and they are stand in number one in the ranking. let’s go we see who is the possible qualifier form “Pool C”.

New Zealand: If we see the history of rugby world cup New Zealand won it two times or if we see the recent rugby ranking we will see they are the number one team in ranking, so who will first qualify in second round form this group you understand that. New Zealand is now very much strong team in rugby and this team has many star player and also maximum superstar player of rugby are playing this team. So it is very easy to say they will play in the second round.

Argentina: The South American team Argentina is also playing this world cup and this team has opportunity to play in next round form this group. In 2007 world cup Argentina won third place and this time they are in number 8 position in ranking. The coach of Argentina Daniel Hourcade is very much confident for this world cup he makes a most effective time for this world cup. This team is deserve to playing in the second round.

In Pool D France, Ireland, Italy, Canada and Romania will face each other. Here most strong two teams is Ireland and France. Canada and Italy is also strong team in this group. Lets go guys we see who has chance to play in second round form this Pool.

France: This is bad luck for France, they goes very close to the world cup three times but they were not won this. The three times runner-up team France was also runner-up in last world cup. France in hot favorite team form this pool and they stand in 7th position in ranking and this team has many icon player. France is also favorite for world cup for this session and this team has ability to does it. Thierry Dusautoir is the captain of this team and he is very much hopeful for this world cup. If there is not arrive any accident we will see France in Second round.

Ireland: They have not any successful history in rugby world cup but they are favorite form this group, guys I say about Ireland. Ireland is now 6th position in rugby ranking and they make a strong team for this world cup. Ireland has many star player and they are come form many strong rugby club. This time they are very much hopeful for this club and they have opportunity to play in second round.

Here other teams are not weak but France and Ireland is very much strong then them, so they are the possible qualifier form this group.