The Six Nations Rugby Championship known as the 2016 RBS 6 Nations which will be the 17th series of the Six Nations Championship is an annual International Rugby competition consisting six European sides named England, France, Italy, Scotland, Wales and Ireland where Ireland is the defending champion. This season it will be contested among same these nations and it will sponsored by Royal Bank of Scotland. 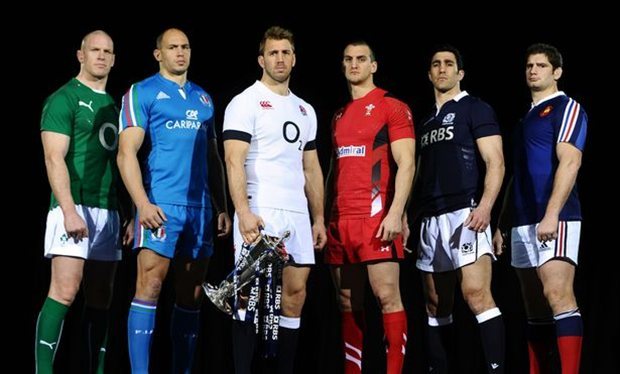 According to the world Rugby ranking published on 28th December 2015, Wales is in 4th position where Ireland, France, England, Scotland are in 6th, 7th, 8th, 9th and Italy is in 12th position respectively.

Here we are presenting the full details of participants and stadiums.

In this championship, each team play totally five matches with others where which team gain highest point is win this title. In last season of Rugby Championship 2015, Ireland totally played 5 matches and won 4 of them. That makes Ireland champion where England and Wales were both won 4 matches but the shortage of point could not won this title. As a defending champion, Ireland have got some opportunity to win this trophy again but according to the recent performance of Warren Gatland’s Wales is one step ahead. They have some talented player like Thomas Francis.Now a days ,he is one of the best player in Rugby world. He could crush down the enemy team. On the other hand, England has same opportunity to win this title though they are now 8th in ranking. But they have some extraordinary and renowned players named Anthony Watson, Henry Slade, Jamie George and so on. They are all world class player. They play well according to their current performance and could be dangerous for the opponent. So, they have also possibly strength to win this title.

English roster George Ford and Jonathan Joseph score highest point and try respectively. Huge amount of audience 1,040,680 in total watch the matches directly in stadium. Average of per match present were highest amount as well which is 69,379. So, put your belt tight and reserve the ticket to enjoy this biggest Rugby union tournament.