Cannabis is finally legal in the US and many people are reaping millions through the Marijuana business. Sports prohibit the use of drugs to boost performance but the International Olympic Committee has not explicitly banned pot use.

Many young rising players take marijuana now-a-days. They feel proud to have best weed grinder. But they are wrong. 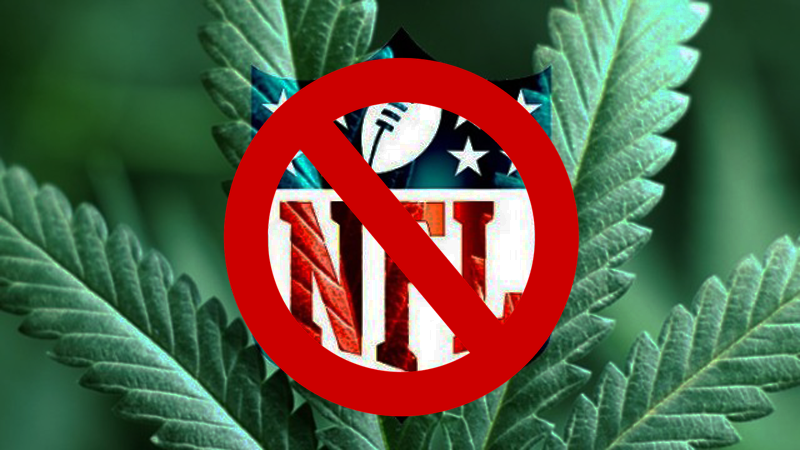 However, as a player, you should actually avoid cannabis for better performance.

These are the six reasons why:

Cannabis use has both short and long-term effects on the cognitive ability of individuals. Studies show that, when used for a long time, Marijuana leads to a decline in reasoning capabilities. In a field where fastness is crucial, cannabis use is detrimental. It slows down the brain making quick reflex, an important factor when it comes to performance, impossible.

Besides increase of tetrahydrocannabinol (THC), the main component of pot makes coordination impossible. Also, impaired reasoning has an effect on the concentration span of individuals. Increased performance requires increased concentration levels. Whereas cannabis may help achieve this in the short term, it is detrimental in the long term.

The reaction of cannabis on every individual is different. The drug specifically leads people to act differently depending on the situation at hand. To many athletes, Marijuana increases, instead of reducing, anxiety, panic and paranoia. This is because most athletes if not all are psychologically vulnerable.

They are under pressure from their teams to produce impeccable results. This coupled with the fact that most face family and social pressure, increases their anxiety levels. Cannabis consumption especially orally, makes the psychological and emotional feelings of players uncontrollable. As mentioned above, Cannabis impairs cognition. The paranoia, excess nervousness and panic due to pressure lead players into poor performance.

Whichever way one ingests cannabis, its health effects still stand. This is effects, which range from lung to heart for a player, have a perilous effect on their performance. Primarily, smoked pot, just like cigarettes, damages the respiratory system. Impaired breathing is a danger to both the player and their effective delivery in the field.

Smoking pot irritates the lining of the respiratory system hindering fast breathing required due to the hyperactivity involved in sports. Besides, cannabis increases the heart rate and blood pressure, which strain the heart. Herat failures or mild heart attacks and impaired breathing reduce the effectiveness of the player in the field. They are unable to respond fast enough.

Marijuana has been known to have a calming effect on the body. It helps its users experience a relaxing effect. In fact, marijuana has been recommended where people have had sleeping problems. True, these are all positive effects to the body and may appear especially helpful to a player.

Whereas its use multiple hours before engaging in practice may be beneficial, its immediate use prior to practice may not be fruitful in increasing performance. Since the drug has a soothing effect, it calms the body muscles affecting their responsiveness. This again impairs the coordination of body parts and the perceptual precision required in sports reduces.

If you have used cannabis, then you are familiar with its drowsing effect. One feels like the time is moving slowly and you are unable to lay your concentration on something for long. If anything, long concentration or trying to will lead you to fall asleep. This drowsiness reduces the exercise capacity of a player.

This increases personal fatigability. Feeling fresh and actually being fresh in a player is crucial in improving their performance. By increasing fatigue, reducing the maximal capacity of exercise and its relaxing effects, Cannabis leads to reduced rather than increased performance.

Cannabis leads players to experience different emotional, health and mental reactions. This affects their ability to give consistence performance especially where high performance is required. Cannabis use has been associated with high performance of athletes. However, long use of the drug leads one to experience emotional instability, which affects a player’s motivation.

When it comes to performance, motivation is very crucial. Marijuana as explained earlier may lead to feeling of anxiety and paranoia. These are the feelings that may lead a player in feeling unmotivated. In return, their delivery in the field becomes questionable.

Reports made on the ability of cannabis to increase performance mainly concentrate on its short-term effect on the body. However, prolonged use of the drug produces negative effects. Despite being made aware of these negative effects, most people are still ignorant of the possible dangers of using Marijuana. Players whose desire is to increase their performance now and forever should avoid the use of cannabis.