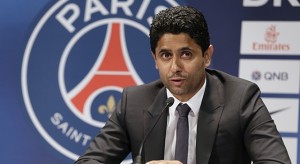 Someday’s ago a rumor was published in different newspapers, ” Cristiano Ronaldo has talked with PSG for changing his club”. But PSG President dismissed this new the League 1 Champions talks with Ronaldo. The Portugal’s International confirmed that, they also cover where is the next destination of Ronaldo, is that Paris Saint Germain or his […]