Australian Open is one of four most challenging tennis championship and also it is the first Grand Slam tennis event in year. Australian Open is one of the oldest tennis championship which was founded in 1905. It has passed long 111 years already and also since the beginning 104th edition of AUS Open has gone. Last edition in this Grand Slam event was placed in 2016. Now, the time has come for 105th edition which will be placed in 2017. This tournament will be staged at Melbourne Park which is located in Melbourne, Victoria, Australia. This venues is using for tennis competition since 1988.

There are many famous tennis players across the world who will participate in this largest tennis competition which generally placed annual since the inaugural season. And obviously they will be awarded by huge amount of prize money. Like last season, in upcoming edition of Australian Open 2017, the amount of award money will increase somewhat. Last season it was increased around 10%. In 2016, total $44 million award money was given to the participants. So, definitely it will increase in upcoming season also. Last season, single events winners for both men and women received A $3,400000 where in upcoming season it would be A $3,700,000. Let’s take a look below where the approximate prize money list is given. 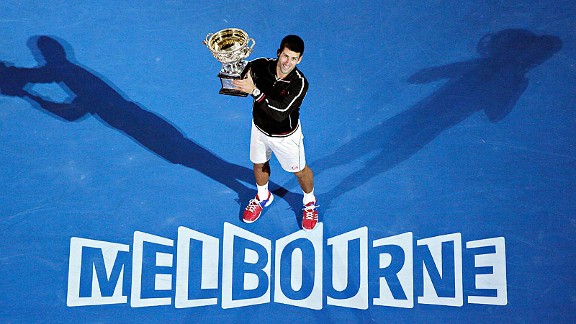 AUS Open management body also arrange a big opening ceremony for this tournament and their also present many famous celebrities.

A huge amount of money will earn every player. This grand slam 2016 management body paid total $15 million in men and women single both side and also they paid $2.6 million double single and double both side. Australian Open 2016 also increases money safely and they also contribute this money same for all. They also spend $2.2 million other cost. This is a big budget tournament and they also earn money by many way. They earn money by TV channels rights, share and also by many sponsors. This tournament has also sold the TV channels rights and share. They hope they also can earn by match seat for audience. They took step for sold ticket. The management board of Australian Open also took all step for successfully running this tournament.