Rafael Nadal is one of the greatest tennis player of all time who is a Spanish born player. Current 31 years old Rafa is a left hander and two handed backhand player who started his professional career in 2001. He is current standing in 1st position according to ATP ranking who has won total 75 titles in his career. He also won Olympic gold medal and several tournaments as well. Due to his dominance on clay court, he is regarded as the king of Clay widely. 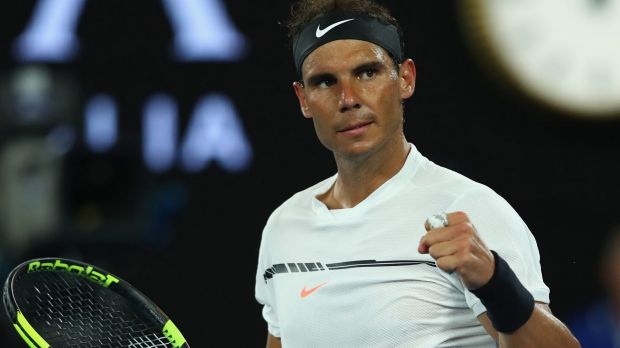 Rafael Nadal Parera who is also known as Rafa has won several titles in his career. Among them, he won 16 Grand Slam, Olympic gold medal in 2008 and so on. This 31 years old player was also a respective member of Spanish Davis Cup team in 2004, 2008, 2009, and 2011.. Besides, he is the 2nd male player to complete single career Golden Slam. However, he is also as 6th player in Open Era who reached final more than 100 times on ATP World Tour. But his top achievements are Grand Slam. He is still dominating the French open since 2005 and till now won ten French Open title in his career so far. Besides, he also won one Australian Open, two Wimbledon and three US Open titles so far. Let’s see his career statistics below.

According to above statistics, we can get a clear picture about Rafa’s career. This left handed is still one of the two players who won at least two Grand Slam in three different surfaces like clay, grass and hard court. After winning 2014 French Open, he became the 1st male player to win at least one Grand Slam in consecutive ten years.

31 years old Spanish star was on the 2nd position in ATP ranking for number of years but in 18th August, 2008 he first jumped to the top position of it. He held that position for just one consecutive year but later in 2010, he again retaken it. He took the position three times but later le lost his form and fallen into serious injury. It seems that he ruled out from all types of competition but after that he tried hard and hard to regain his fitness back, After struggling many times, he has come to the top position of ATP ranking in 21st August, 2017 and still holding the position. In his professional career he struggled hard enough. Sometimes, he could not even pass the group stage but now the things have changed.

The fourth rival player of Rafa is Wawrinka and they have played total 19 times  where Nadal won sixteen of them.