Roger Federer is a name of tennis legend who is still in the international competition and regain his form again. He is in 2nd position according to ATP ranking who is basically a Swiss player. He is at 36 and in his long career, he won plenty of titles. He turned his career to the professional level since 1998 and dominated the World Tennis long time. He has been on the 1st in ranking highest 237 weeks consecutively. 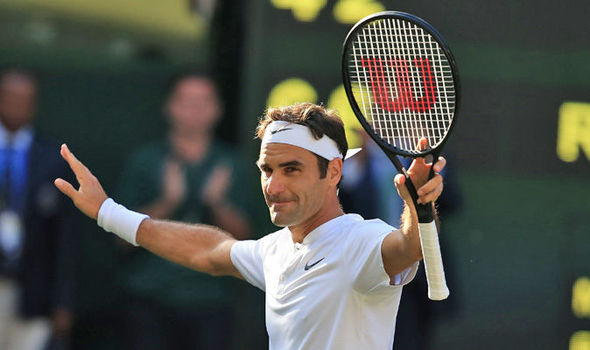 Roger lives in Bottmingen, Switzerland who is playing with right handed and one hand backhand. He total won 95 titles in his single career.

Currently 36 years old, Roger Federer has won highest 19th Grand Slam which is the most in history. He has won a highest eight Wimbledon titles, five US open championship consecutively, five Australian Open titles and one French Open title in his career so far. Besides, he has become one of eight men who touched career Grand Slam. Besides, as a record, he reached final highest 29th times in men’s single competition. Besides, he reached ten Grand Slam finals consecutively since 2005 Wimbledon to 2007 US Open. Let’s see the complete career statistics of the player below.

Swiss tennis legend Roger Federer travelled long way to reach of the top of success. After so many obstacles, he jumped to the top of ATP ranking in 9th February, 2004 for the first time in history. He grabbed the position more than four years consecutively and in 18th August, 2008, he demoted to the 2nd position. But in the following year, he retaken his position once again in 6th July, 2009 and kept it under control till 7th June, 2010. Later he demoted again. But he once again claimed the position in 2012 but later, he lost the place. Since then his career was go down but he struggling so many times. It was thought that his career was finished by then but he regain his form again and currently standing in 2nd position in current ATP ranking. Till now, he held the 1st position in ATP ranking total 302 weeks which is a record where among them consecutive 237 weeks so far. Since 2002, he was in the top ten till November, 2016 which is also a record.

As stated by above listed players, they are the prime rivals of the Swiss tennis sensation. But he has also rivalries with Roddick, Hewitt, Agassi, del Potro, Safin, Nalbandian, Berdych, Tsonga and Wawrinka.