Record break prize money offered Grand Slam US Open tennis 2015 starting on 31 August at New York, United Sates. After the world No. #1 most renowned tennis Grand Slam Wimbledon, fans eyes on US Open right now. As the world most top ranking superstars will play this event, it’s going to top level excitement. If there is a tournament where will play tennis star like Novak Djokovic, Roger Federer, Andy Murray, Stan Wawrinka, Thomas berdych, David Ferrer, Marin Cilic, Milos Raonic etc is definitely will be the best tournament around the world. Though people are thinking about Kei Nishikori & Rafael Nadal but most winning players on US Open 2015. 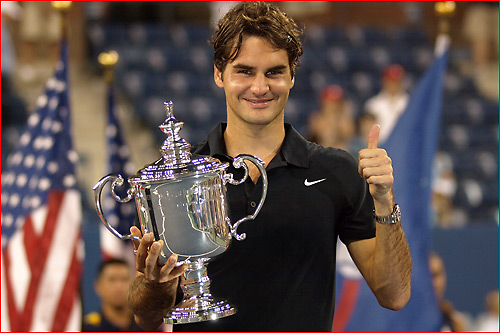 Most of the tennis supporters voting and saying their opinion as they are predicting Novak Djokovic the ranked #1 man will win this US Open tennis 2015. Actually, we should agree with them cause he proved him again and again. Beside Novak Djokovic, people thinking about Roger federer who won US Open tennis most amount of time. Even he would be the record breaker of tennis history if there have no Djokovic & Nadal. English media usually writing down feature for Andy Murray but we simply ignore him for this tournament.

We should think a Semifinal or, final between Djokovic and Federer if their is no coincidence and the winner of this match have 90% chance to win the trophy. Djokovic winning over Federer again and again which would be great experience for Roger Federer. Our prediction for this Grand Slam goes to Roger Federer’s side by win over Djokovic on final or, Semifinal.