Current the skipper of India cricket team in all format Virat Kohli is regarded as the highest paid cricketers in the world by the help of his some lucrative endorsement deals along with IPL competitions. He is currently under contracted with Royal Challengers Bangalore for upcoming 2017 Indian Premier League where RCB are ready to pay him almost 15 crore ($2.26 million) which makes him the highest earning cricketer in IPL as well. So, through this contract, he outnumbered MS Dhoni who earned highest in previous seasons of Indian Premier League as well as in the world. 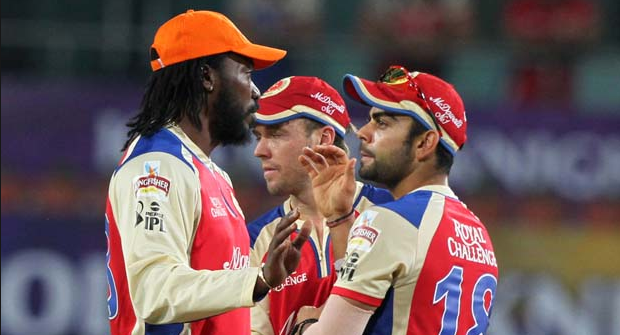 However, just couple of years ago, when MS Dhoni was the skipper of Indian national team was the highest paid and also the richest cricket in the cricket history. Besides, he was only the player to make it to the Forbes magazine’s top 30 highest paid athletes in 2012 and 2014 where he was 23rd in position. His yearly income was almost $28 million with some big endorsement deals. But, he recently lost his captaincy and he was replaced by Virat Kohli who is currently hold some lucrative endorsement deals and according to the reports, his current annual income is almost $30 million which makes him the highest paid crickets now. Here we present the top ten highest paid crickets list with their salary, endorsement agreements and yearly income below.

As stated by the above list, Virat Kohli is currently the highest earning cricket but if we consider the highest net worth crickets, certainly the name of Sachin Tendulkar has come up. Tendulkar who is regarded as the greatest cricketer of all time dominated cricket world more than 20 years which current net worth is reportedly $115 million. He is placed on Forbes and UK rich list as well. MS Dhoni is still in 2nd position according to the report with his 85 million net worth. Virendar Sehwag and Sourav Ganguly are jointly placed in 3rd position with $40 Million net worth. Sourav Ganguly is the former captain of India national team but currently he is a mentor of Indian Premier League and also commentator. Ricky Ponting is also on the list of highest net worth with his $30 Million who is also working in IPL as a coach and mentor. Yuvraj Singh was the highest paid player of IPL consecutively three times which current net worth is $25 million.

Indian cricketers used to earn much than others due to Indian Premier League. However, IPL is regarded as the most popular and largest T20 league cricket competition in the world where the franchise teams spend a large amount to land talented cricketers to their squads. And from this tournament, whoever get chance to participate in this annual domestic short form of cricket can earn a large amount of money.